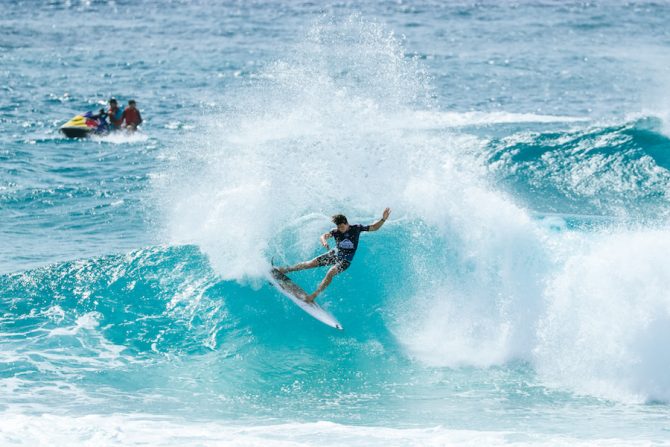 Griffin Colapinto, and the rest of the CT will have to wait for Bells, at least, to kick off the 2020 season.

Following the lead of nearly every major sport on the planet, the World Surf League announced in a press release today that it was canceling or postponing all remaining events in March due to the Coronavirus pandemic, including the unluckily-named Corona Open Gold Coast (the contest window was set to open March 26).  The Red Bull Big Air and the WSL’s own award show were among 13 WSL events postponed or canceled – most notably of course, is the first event on the world tour schedule.

“Coronavirus is having massive consequences for sporting events and gatherings of all kinds around the world, and we are no different,” said WSL CEO Erik Logan. “We did not take this decision lightly as we are aware that it has a significant impact on the surfing community. However, the health and safety of our athletes, fans, and staff are paramount.”

The Coronavirus trickle down dripped this direction all week: the NCAA, the NBA, MLB, professional tennis, and soccer had all canceled or postponed seasons due to the recent outbreak. Most of surf media was waiting for the announcement from the WSL on how it would handle the health emergency (surfing’s biggest entity didn’t return messages for comment regarding a recent story from The Inertia).

“I think the WSL takes everything seriously and will continue to re-evaluate the situation as it unfolds,” Connor Coffin told us earlier this week. “Personally, I feel okay about traveling to Australia as there hasn’t been a big outbreak yet, but there are some other stops that pose a higher risk. I haven’t spoken to too many of the other surfers but I would imagine having young kids at home would give you a different perspective.”

Logan addressed that perspective in the news release – because of extensive travel schedules, the world’s best surfers could play a part in spreading COVID-19, which has infected hundreds of thousands worldwide and crippled several countries. “From the standpoint of social responsibility,” he said, “we also take very seriously the role our events might play in accelerating the spread of the virus. We’ve been in close contact with our athletes and we feel strongly that this is the right thing to do right now.”

The presser stated that the League had implemented safety measures for events in progress, like the Sydney Surf Pro, and that officials were monitoring the situation in regards to upcoming events, “including our next CT event at Bells Beach in Victoria, Australia.”

From the optimist’s perspective, contributors based in China told The Inertia last week that the situation was improving there so perhaps schedules will return to normal in the near future. The pessimistic viewpoint is obviously decidedly darker – but after the unprecedented wolrdwide events of the past 72 hours, one that can’t be dismissed outright.