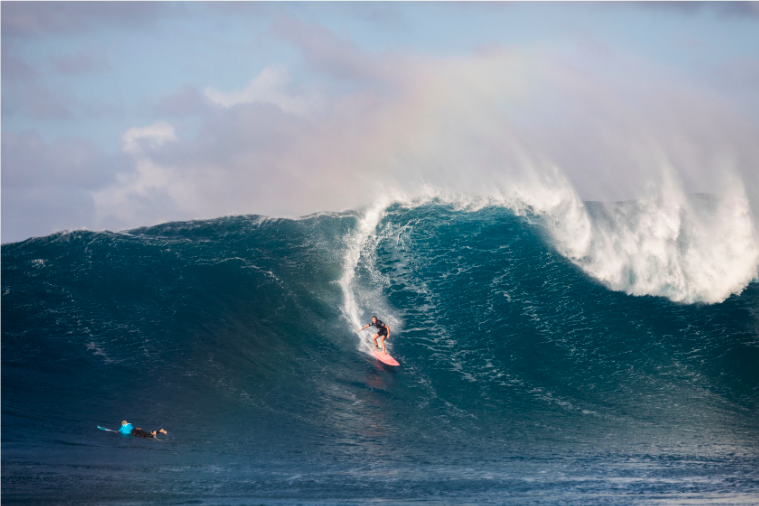 You’ve heard the old adage: jack of all trades, master of none. The latter does not apply to 20-year-old Annie Reickert. Not only does Reickert participate and compete in almost every watersport known to man, but she excels at all of them, too.

Born and bred on Maui, Reickert began surfing on the front of her parent’s boards when she was just two. An extremely active kid, Reickert always loved being in nature and gravitated towards the ocean. Although she competed in a few local surf comps as a kid, it wasn’t until she began stand-up paddling at 10 that she was truly introduced to the world of competitive surfing and decided that she wanted to pursue a career as a professional athlete.

“From that point on, I fell in love with a bunch of watersports,” says Reickert. “Maui is such a diverse island. There’s wind. There are waves. There’s just so much to work with, so I started pursuing multiple sports.”

To accommodate Maui’s varying conditions, Reickert adapted a flexible mindset and mixes up her schedule and plans according to conditions. Most weeks, she spends two to three days training at the gym and a few days running or mountain biking. Reickert makes sure to get in the water daily and depending on the conditions, she’ll surf, stand-up paddle, tow surf, paddle big waves, downwind foil, foil surf, windfoil, kite or windsurf — some weeks she will do it all. 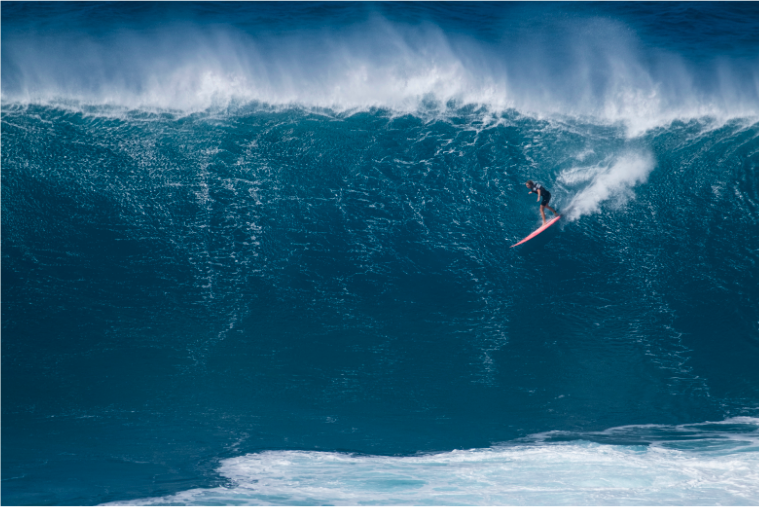 “It’s a lot and it’s hard to put the time in to continue to progress at all of these sports,” says Reickert. “But regardless of what I’m doing, whether on land or in the ocean, I’m  learning, which will benefit me in all of the different things that I do.”

Reickert juggles a lot. But if she was honest, her current focus is big-wave surfing. Reickert has dreamt of surfing big waves since she was a child, she just never knew if she’d ever feel prepared and comfortable enough to paddle out. But when she was 17, Reickert paddled out alongside her idol Paige Alms and dropped into her first big wave — she’s been a force ever since.

This past winter has been Reickert’s favorite so far. Although the swell wasn’t as massive as past years, Reickert scored some of the best waves of her life and had the opportunity to compete in the Red Bull Magnitude contest.

“Surfing big waves fulfilled a lifelong dream and the fact that I’m still doing it and continuing to progress is really special,” says Reickert. “Not only did [Red Bull Magnitude] progress the sport but it really highlighted all the girls that were out there secretly charging. I was really honored to win the tow award.”

Although Reickert has a hefty collection of accolades, her proudest accomplishments thus far are her third-place finish at the Jaws Big Wave Championships in 2019 and being the first and only women to ever foil the Ka’iwi Channel between Molokai and Oahu.

Never one to sit still, Reickert is constantly scheming, brainstorming places she’d like to travel, waves she wants to surf, and tricks she hopes to master. Although Reickert loves Jaws, she has plans to charge other big waves and has her sights set on Maverick’s, Nazare, and Western Australia.

Reickert loves what she does and has no qualms about putting in the work it takes. She plans to pursue watersports as a long-term career and continue traveling the world in pursuit of swell. Outside of the water, Reickert wants to find a way to give back  to the environment. She recognizes how much Mother Nature has given her and she’d like to find a way to return the favor.

“This is my dream,” says Reickert. “If I can make this into a full-time career and pursue my passion that’s what I want to be doing. My ultimate goal is to be recognized as one of the best waterwomen in the world.”