Anna Gudauskus and Sarah Lee are on a 1,500-Mile Road Trip to Raise Awareness for Ocean Conservation 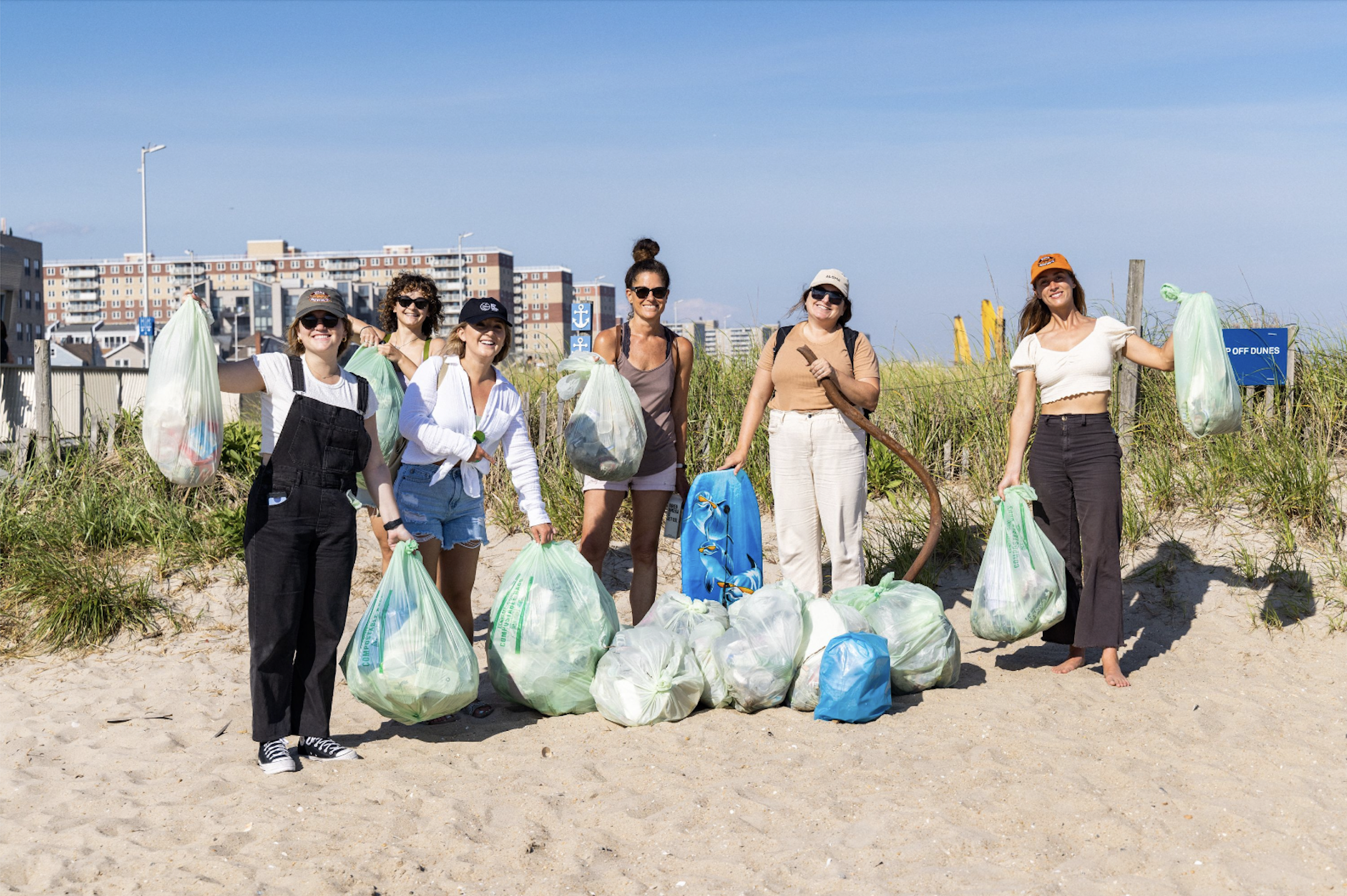 Professional freesurfer Anna Gudauskus and water photographer Sarah Lee met on a surf trip years ago and instantly hit it off. They both love surfing. They’re big fans of travel. And they’re passionate about protecting the environment. Last year, they decided to combine their passions into one epic road trip down the West Coast of the United States, surfing and organizing beach cleanups along the way. This year, they’re at it again. Only this time, they’re taking things to the East Coast.

The second annual Catch a Clean Wave initiative, powered by Kona Brewing Co. kicked off on June 6 in Portland Maine. Over the course of the trip, the duo will cover 1,500 miles, and hit eight different stops along the way, ultimately wrapping things up in Juno Beach, Florida.

Over the course of the trip, Gudauskus and Lee plan to host community beach cleanups at each stop. Their mission is to leave each beach better than they found it and raise awareness about ocean pollution and the power of conservation efforts.

“I believe there’s this ripple effect,” says Gudauskus. “By doing good and following your passions of environmental stewardship it inspires other people to want to see that positive change and make a change in their life as well.”

According to the International Union for Conservation of Nature, approximately 14 million tons of plastic end up in the ocean each year. Plastic accounts for 80 percent of all marine debris with 80 percent of marine litter coming from land-based pollution, according to the Natural Resources Defense Council. In an effort to raise awareness and support ocean conservation, Kona has an ongoing partnership with the Save the Waves Coalition and is donating $50,000.

“As a result of our ongoing partnership with Kona, we have been able to engage even more consumers to further our mission and make a positive impact on preserving our surf breaks and coastlines,” said Nik Strong-Cvetich, CEO of Save The Waves Coalition. “Through the Catch a Clean Wave program, we hope to inspire consumers on the East Coast and beyond to take preservation into their own hands so we can continue doing what we love – surfing the cleanest waves – for generations to come.”

To get involved, join Gudauskus and Lee at one of their stops or organize a cleanup at your local beach. To receive your own beach cleanup-up kit, send a direct message on Instagram to @KonaBrewingCo. 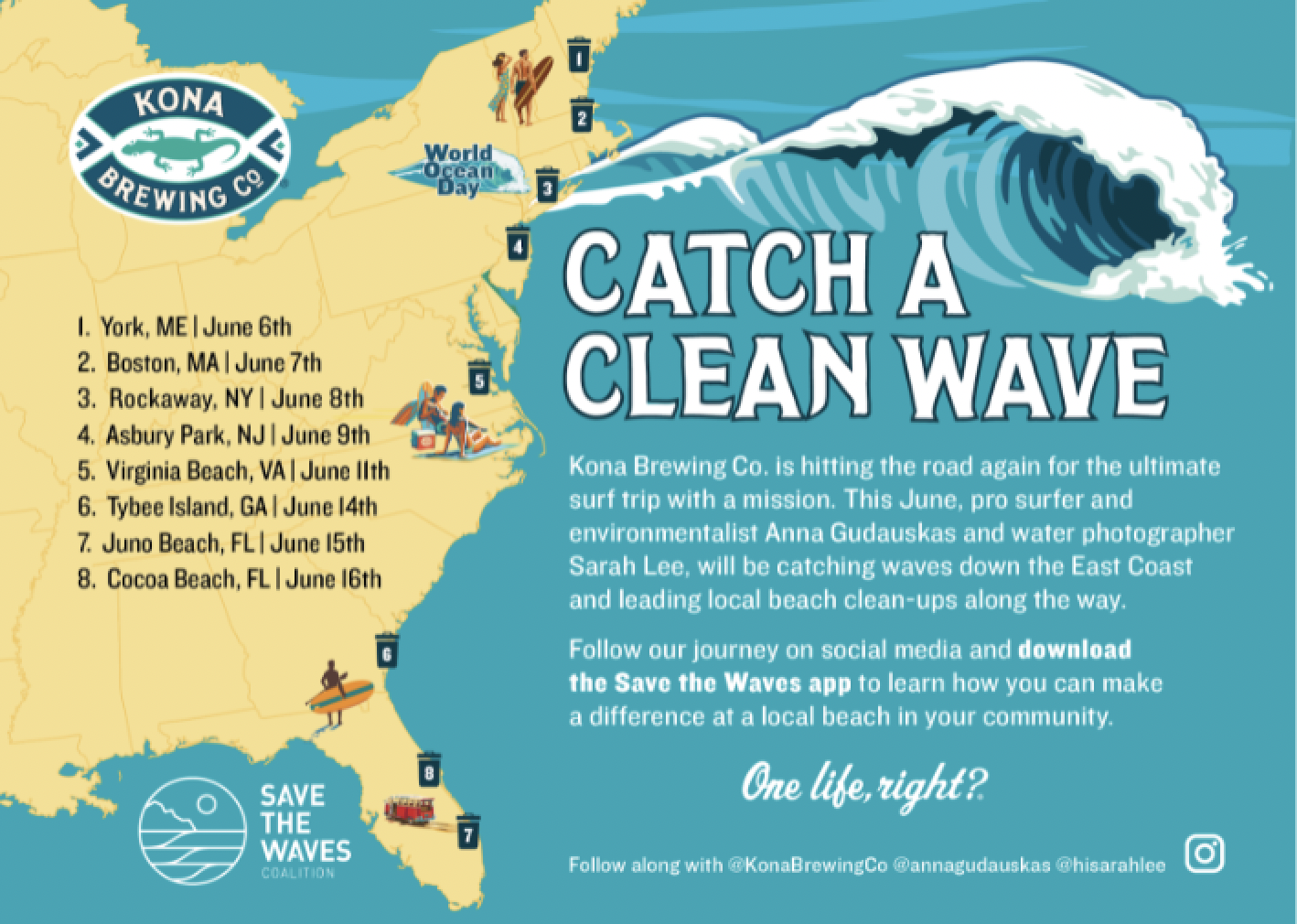