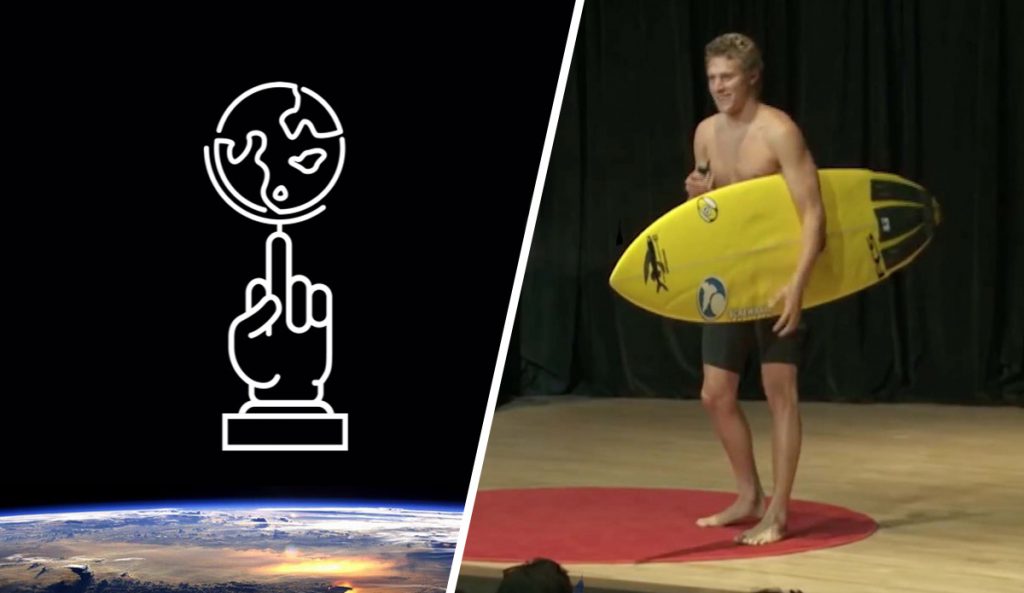 Kyle Thiermann, the illustrious podcast host, big wave surfer, and owner of an eternally inquisitive mind, has outdone himself this time. He, along with noted author and speaker Chris Ryan, went and created the Mother Fucker Awards, which takes place December 4th at the Miracle Theater in Inglewood, California.

“There are already plenty of awards that celebrate efforts to protect the natural environment,” reads the event press release. “But Mother Earth is losing, and it’s time the winners got their due. The Motherfucker Awards celebrate the companies that fucked Mother Earth the hardest in 2018. Categories include Land, Water, Air, Fire, Spirit, and Reality.”

Thiermann has long occupied that magic space where surfing interfaces with the world in a meaningful, positive way. In his early activist days, he helped galvanize businesses to transition $360 million away from projects funding a coal power plant in Chile that threatened to destroy an iconic wave. But this time he’s using comedy to encourage corporate responsibility. A radically different approach from his earnest environmental efforts as a teenager.

“We’ve always wanted to get sued by a multinational corporation,” said Thiermann and Ryan in a release.

The cast of presenters and comedians involved is impressive including the likes of Rolling Stone‘s longtime provocateur, Matt Taibbi, Sea Shepherd Captain Paul Watson, former MTV VJ-turned MC Dirt Nasty, Simon Rex, and comedians Natasha Leggero and Moshe Kasher (among others). The event promises to be an environmental gathering unlike any we’ve seen.

We’ll be there. And you can purchase tickets here. Although, it looks like there are only a handful left.