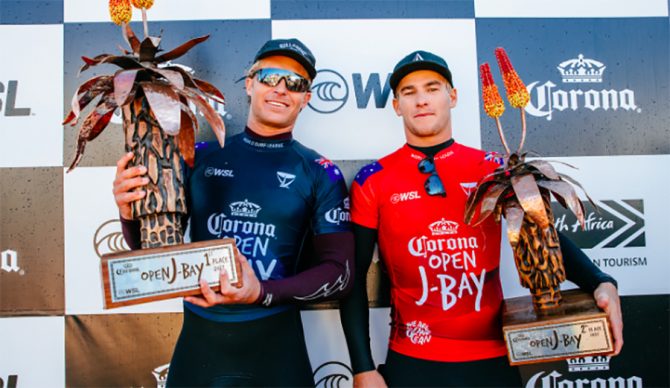 For a pair of 24-year-old Australian, natural-foot World Title contenders, Jack Robinson and Ethan Ewing don’t have much in common. Robinson was born 10 months earlier than Ewing, on the opposite side of the Australian continent. He was raised on raw, West Oz energy where waves broke, abruptly and powerfully, on shallow basalt slabs.

His surfing is all power, torque, and sudden violent changes of vectors. His personality came strong with West Aussie straight talking and barely concealed confidence. You can’t see what’s coming with Jack, in or out of the water, and that’s why we like it. At Trestles, that breaks both ways. The wave can highlight technical flaws, but also offer dynamic sections. Robinson will need to dampen the former and go big on the latter.

Ewing’s smooth, polished style was groomed on the rippled sandbanks and point breaks of North Stradbroke Island. With his surfing, you know exactly what’s coming and you can’t wait to see it. More introverted and dealt an early blow with the loss of his mother, his obvious talent was protected by a watchful father and elder brothers. He was as obtuse out of the water as he was acute in it. 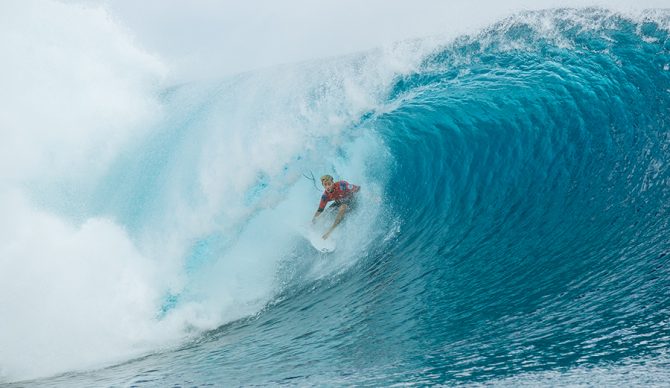 Mr. Robinson is certainly prepared for conditions like this. But what about Lower Trestles? Photo: Damien Poullenot//WSL

Still, strange surfing bedfellows as they are, they rather suddenly represent the present and future of Australian surfing. The old powerhouse of professional wave riding hasn’t had a men’s world champion since Mick Fanning in 2013. Fanning remained a contender the next two years, and Julian Wilson flirted with a title challenge in 2017 and 2018, but it’s been slim pickings since. As a surfing nation, Australia has very much been relegated to also-rans by the Florence and Brazilian duopoly in the last decade.

Robinson and Ewing have changed that in the last 12 months. The pair has been targeted as special, generational talents for a while now, but it’s only now that the competitive success has matched the hype. As a 12-year-old, Robinson, and his bowl cut, were making world surfing news with his threading of heaving barrels at the Box.

Yet, even when freesurfing clips of him at Teahupo’o were a must-watch, he couldn’t string a heat together. His junior career was virtually non-existent, apart from a pro junior win in Hawaii. When he was on the QS for four years it was only victories again in Hawaii that kept him in the top 100. And then again performances in the islands that netted him his CT qualification in 2019. However, it must be remembered that it wasn’t until the last event, in Mexico in 2021, that he finally secured his place for 2022.

From that point on though, his form has been explosive. It’s also the first time in his career that he has achieved any form of competitive consistency. A move to Sharp Eye surfboards, life as a married man, and a doubling down on fitness and focus have delivered three CT wins out of the last 11 held, and a runner-up at J-Bay. That he finished as world number two, despite early round losses in his favored events at Pipeline and Teahupo’o shows just how good his calendar year has been. He now sits just three heats away from a world title.

Ewing’s early junior career was more traditional. While initially interrupted by a number of serious injuries, he had a breakthrough year in 2016 that delivered four pro junior victories and a first QS win. The next year brought a junior world title, a final at the US Open, and CT qualification. He had just turned 17. 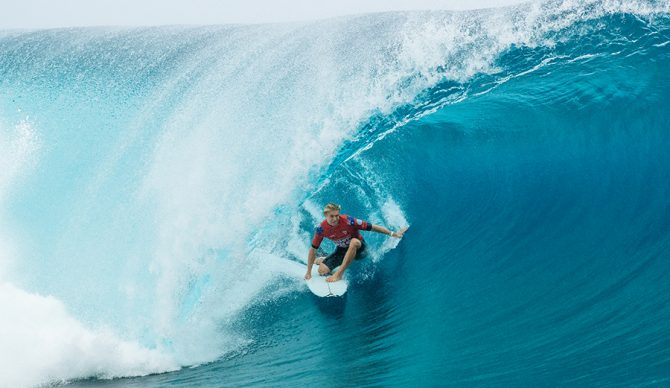 In what was a case of too much, too soon, he endured a horror rookie year. Re-qualification and then a pandemic break means Ewing has had a less explosive, steadier rise to the WSL Finals. He finished at number 15 in the world in 2021 in a year where he never really flirted with either relegation or a breakout performance.

His 2022 ascent has been based on a higher level of consistency. His trademark rail work earned semifinal finishes at Sunset, Bells, and Margarets. “It’s been such a good year. Last year was kind of a warmup. This year I’m feeling comfortable,” he said after Bells. Then came his first CT win at J-Bay, over Jack Robinson. “It feels like this is the first year that I’m living up to my potential,” was his simple assessment as his confidence grew.

The pair now head to the WSL Finals as close as any Australians have been to a World Title in a long time. If Ethan can defeat either Kanoa Igarashi or Italo Ferreira, he’ll face Robinson for the chance of a final shot at Toledo. They’ve met twice this year, with Robbo claiming victory in Western Australia and Ethan the win at J-Bay. They have never surfed competitively at Trestles. It will be Robinson’s mental toughness, dynamic surfing, and air game, verse the technical wizardry of Ewing. I’d always back technique at Trestles though, and as Ewing showed at J-Bay, the tight arcs should get him over the line. Of course, you could always just toss a coin.

They may have circled the professional surfing sun on different orbits, but their trajectories are about to meet next week in Southern California. If the Brazilian stranglehold is to be broken, it’s one of these Aussies that could do it.