Nostalgia and Tradition Are Core to Surfing, But Don’t Let That Ruin Your Experience Now 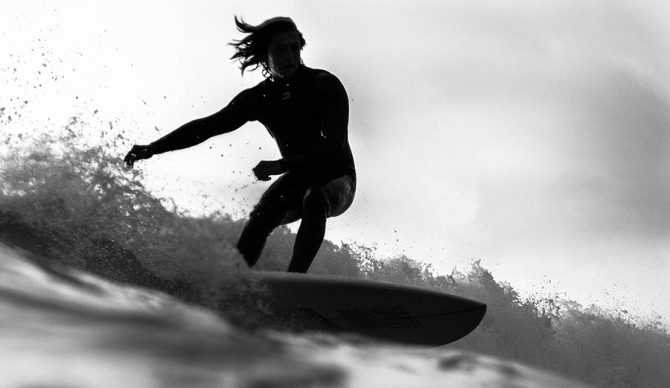 Just use the past to more thoroughly enjoy your present. Photo: Jeremy Bishop//Unsplash

Surfers, it seems, are never satisfied. A constant hunger for bigger, better, and emptier waves keeps us scouring coastal maps, driving to further breaks, and braving harsher conditions to score. But what happens when surfers dream about the best waves being… in the past?

I was familiar with the grass-is-always-greener-syndrome. It seems any time you walk out of the water, someone’s standing on shore, commenting about how things were “so much better” an hour ago, or how you “just missed” the best window. Trust them, your timing is just off.

But what I wasn’t used to was people dreaming of waves they could never surf. Once, after surfing a small, but glassy evening at First Point, my friend looked out at the waves and stuck his hands in his pockets. “Malibu’s a lost cause. It’s been over since the sixties,” he lamented in a dry, bored drawl. Said friend was no older than 23. He hadn’t seen Malibu in the 1960s. But he was convinced that it was a thousand times better than it is today.

Part of me can’t really blame him: Malibu’s crowded. The wave has changed, the water quality has gotten worse, and there’s tension in the water. In the 1950s, there was a group of surfers who rode Malibu and pretty much had it to themselves. Foam boards didn’t exist, and people weren’t driving from all over to crowd the waves.

But, in the fifties, shortboards also didn’t exist. Neither did leashes. Or wetsuits. Surfing was more expensive and more difficult. So, like anything else, the luxury of an uncrowded wave had its trade offs. And people were still fighting over those waves.

Any surf spot worth its salt has history. And a lot of that history is fun, and crazy, and compelling. San Onofre is famous not only because of its beautiful waves, but because of the parking lot scene and the characters it has attracted over the years. The North Shore saw a huge swell in 1969, and that also happened to be the exact time of the shortboard revolution and the popularity of psychedelics. People like Jock Sutherland were surfing Waimea on acid (or so the story goes).

So, yes, in a lot of ways, the fifties and sixties were surfing’s golden years. Scenes from Bruce Brown’s Endless Summer showcase the pure joy of traveling and discovering spots no one else was surfing. Today, that’s almost impossible.

But, there’s always another side. In the 1940s, for example, surfers were arrested for trespassing into Trestles when Camp Pendleton cut off public access altogether. Plane tickets were a lot more expensive, and boards were bigger and heavier, so even though your home break may have been less crowded, you were more or less surfing that same break, save for a very few surf trips.

So, the question remains: when does nostalgia become harmful to our present experience? I would argue that shift happens whenever we stop appreciating what we have in favor of reminiscing over what may have been. Some things were better, yes, but some things were worse. Things were just… different.

It’s human nature to find reality disappointing. Surfers, of all people, should know this. How many trips are planned just to end up missing a swell completely? Or how many faraway locations turn out to be more like home than you thought?

Though it’s tempting to play the “what-if” game, we can remember the best eras in surfing without cementing the idea that we could never be part of one. We can appreciate the guts of Greg Noll, the finesse of Phil Edwards and David Nuuhiwa, the creativity of Rick Griffin and John Severson, the finely tuned boards of Ben Aipa. But that doesn’t mean we need to discount who — and what — we still have today.

Just because people have done things before doesn’t diminish doing those same things now. There’s still films to be made, spots to be explored, parties to be had, parking lots to hang out in. So what if other people did it first? It’s fun!

An understanding of where surfing’s roots lie is important to maintaining core culture on land and etiquette in the water. But an appreciation for surf history doesn’t have to mean forgetting about the present, either. While it’s fun to think about how wild and carefree those San Onofre parties must have been back in the day, or what it was like to discover an unspoiled Bali, don’t let daydreaming distract you from surfing while you can. There’s still waves out there. And if you’re not on one, for better or worse, you know there’s other people who will be.