Are Rappers Fascinated with Surfers and Surf Culture? 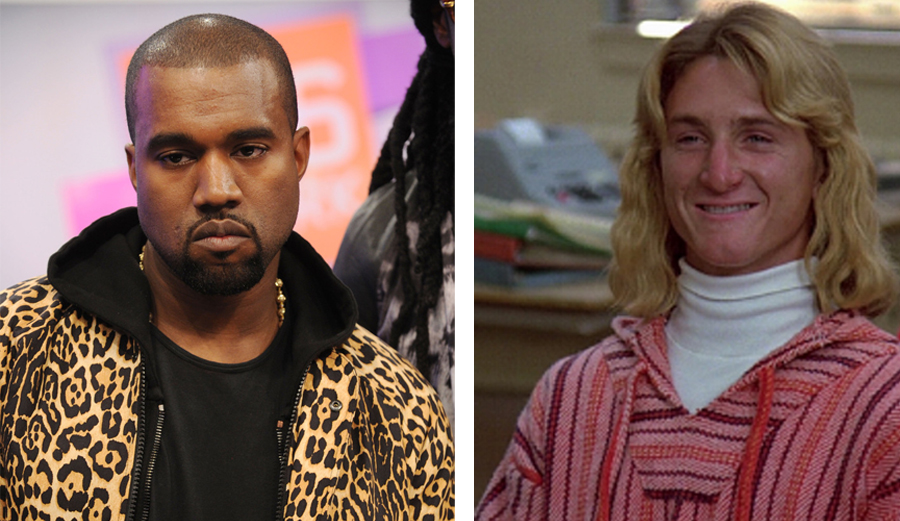 Kanye never ceases to out-Kanye himself. Who better than the rapper that (in his mind) is “the voice of this generation” to grace the Internet with a continuous barrage of outlandish antics? And while it’s tough to beat the time he announced his 2020 presidential campaign, he had a pretty considerable Kanye meltdown on Twitter last week.

We won’t get into the nitty-gritty, butt-stuff details surrounding the feud between Kanye and Wiz Khalifa, but bottom line is, Yeezy changed his forthcoming album name from Swish to Waves. And although this all seemed like just another day in a world where Kanye West and the Internet both exist, it made me think – Why Waves? Like, the things in the ocean? Are rappers fascinated with surfers and/or surf culture?

The Wave (a.k.a. wavy a.k.a. wavy-gravy) comes from the mind of incarcerated rapper Max B

Urban Dictionary defines the term as:

the new futuristic way of describing something in a positive connotation, popularized by rapper Max B
“What you talking about, I’m the wave man, the silver surfer, I’m wavy B.”

Aside from the album name, Kanye has started talking like a surfer

And Chance along with Childish Gambino “surfed” L.A.’s Dockweiler State Beach in the music video for their song, “The Worst Guys”

The surfing part is in quotes because they mostly just smoke weed in the water…and wear their underwear beneath their wetsuits.

Common surfing with then girlfriend Serena Williams in Hawaii 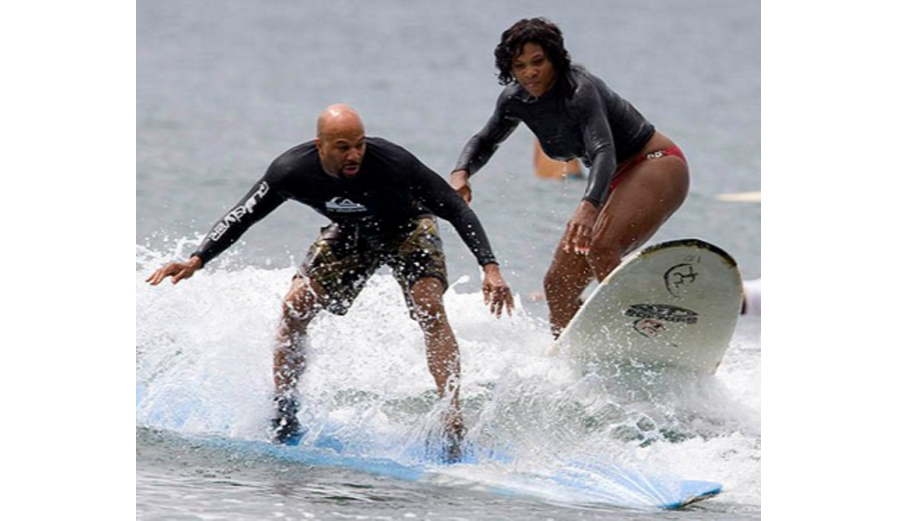 Common’s all, “F*ck outta here, Serena! This my wave.”

And, of course, there was this bizarre surf reference added to the pop culture lexicon by Queen B herself

Beyonce isn’t a rapper, I know. And this isn’t technically about surfing. It turns out it’s a sex move, also referred to as the “bathtub boogie.” The woman straddles her partner like she would a surfboard, awaiting a wave. Oh, and it’s in the bath because the ocean’s wet yaknow?

Perhaps rappers aren’t anymore fascinated with surfers or surf culture than any other portion of the general public. But it would certainly be cool if the two disparately different worlds could convene on mutual coherence. Imagine the collaborations…Lil’ Wayne Bartholomew, Josh Curren$y, Joel 50 Centeio, Jadson Andre 3000, Big Shaun Tomson?