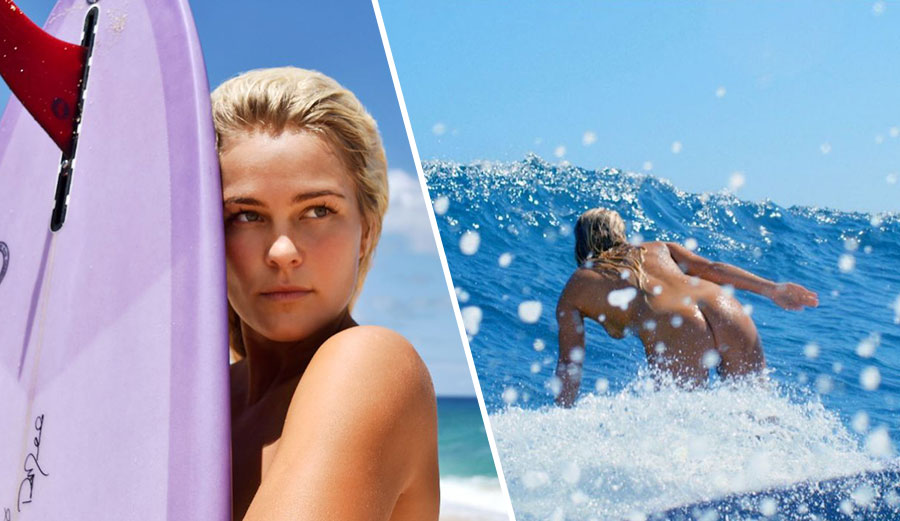 Back in 2018, Felicity Palmateer announced that she would be doing something a little controversial. She’d created a nude surf film that was part of an art project. Three years in the making, the buzz around the film was loud — but then, suddenly, the film was squashed. Well, now Skin Deep is officially on the airwaves.

“The ocean has been my playground, it has shaped my life since I was young, as has art,” Palmateer said. “I use both surfing and art as forms of meditation, motivation, and escapism. I feel most comfortable when I’m either in the water surfing or creating. To be able to intertwine art and surfing in such an intimate way in a project like Skin Deep has been so satisfying.”

The idea behind the project was Palmateer’s. It was a simple one: just four minutes of surfing naked for the length of a Rufus song. It’s not simply about nudity for shock value, although that’s certainly something that will attract attention. “The idea came into my head about three years ago,” Palmateer told The Inertia in 2018. “I came up with this concept. I mean, people have surfed nude before, but maybe not to this extent. I just really wanted to show the beauty and the creativity side of it to combine my passions of surfing and art and show that connection between me and the ocean.”

It wasn’t an easy project to create, not by a long shot. Over the course of the three years it took to make, they ran into a glut of issues. They were mostly issues to do with simply finding a place to film. These days, it’s hard enough to find a good wave with a small crowd. But in order to make Skin Deep, they had to find good waves with no one out. “That’s actually really hard to do,”  Palmateer said. “We got skunked a few times, and, obviously, there’s so much footage I hope that no one ever sees. [laughs] Because it’s really hard to get some shots where you barely see much with a bit of modesty. I just really wanted to maintain a tasteful look where you see the beauty and creativity in it. So yeah…there are a lot of outtakes. [laughs]” 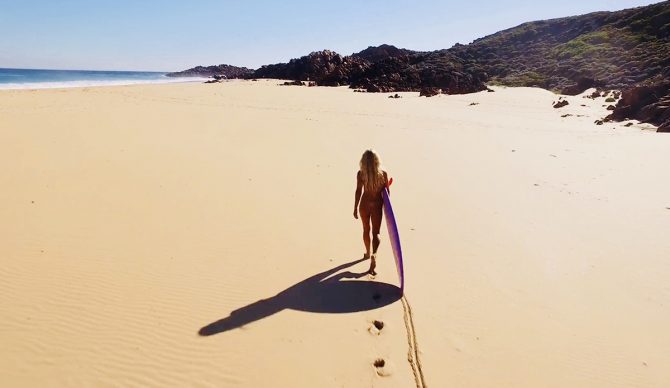 Felicity Palmateer discovered that fiding a place to surf in your birthday suit isn’t as easy as it sounds. Photo: Fetch Films

The film’s producer, JJ Jenkins, spoke about the difficulties in creating Skin Deep, and he echoed many of Palmateer’s sentiments. “Many of the accessible surf zones we considered are populated year-round so finding ideal locations and accounting for weather and waves was very tricky. Another big component of this production was secrecy. Not only to ensure Felicity could feel comfortable performing, but so that we could travel discreetly to particularly special areas and avoid people, other cameras, and crowds.”

But finding an empty lineup wasn’t the only issue. As I mentioned before, at the end of 2018, when the film was originally supposed to be released, it suddenly lost all momentum. It was strange, to say the least; after years of work and months of getting the word out, it simply remained in limbo. As it turned out, a certain brand that hasn’t been officially named wasn’t too happy with it.

“We previewed Skin Deep with dozens of people — friends, family, colleagues, the WSL, and first and foremost, Felicity’s sponsors, and we were on the verge of releasing it at the end of 2018,” Jenkins told me. “Before we hopped on to the plane to Hawaii, we’d actually done quite a bit of media, live TV, double-page spreads in Australia’s weekend newspapers, online interviews (including The Inertia) and within days there was this amazing momentum about it, bigger than I actually predicted.”

Amid all that steam, it was a bit of a smack to the face when that unnamed brand backed out. “To then have key people suddenly balk and ultimately withdraw total support for it just left me gobsmacked,” Jenkins continued. “From a marketing perspective, I personally thought it was a slam dunk — I still do. There is a history of other female surfers doing similar things (the ESPN shoots for example) so for Felicity’s livelihood to come under threat for something that in my opinion is more beautiful, has a unique genuine purity to it, and already had overwhelmingly positive response, was disappointing and difficult to comprehend.”

To Palmateer, Skin Deep is an art project, and nothing more. It was a way of expressing how she feels about her connection to the sea. She’s aware, however, that art is open to interpretation, and especially when it’s a project that involves the naked female form. “To me, it’s an art piece,” she said. “People are going to have opinions. That doesn’t mean that it’s right or wrong. I’ve said it before, but if it’s creating conversation and challenging people, then that’s the goal of art, right? There’s always going to be someone or a set of people who don’t like it, and that’s fine. I’ve said this a lot too, but if you make your coffee wrong these days, someone’s got something bad to say about it. But if it’s thought-provoking or challenging people, I’m happy with that.” 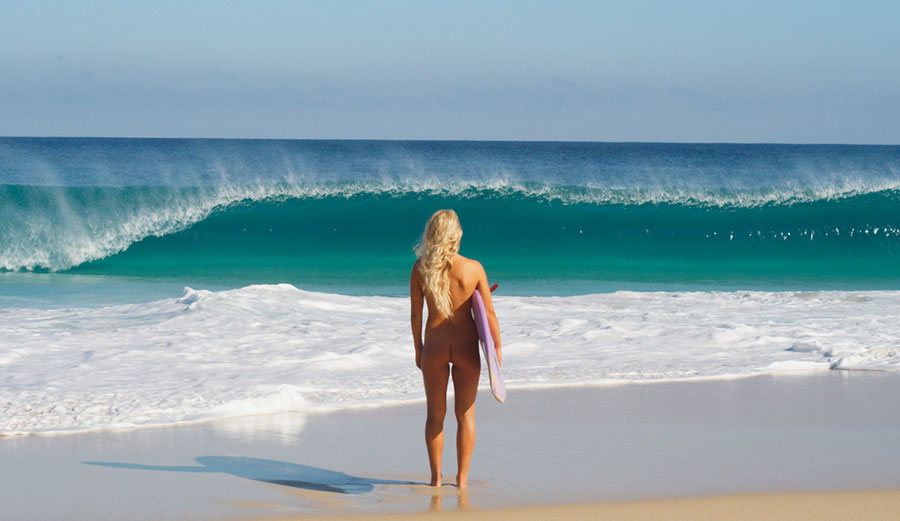 Now that Skin Deep has passed muster, it’s available to the public on Vimeo. Originally, before COVID-19 rolled over the earth, a visual arts component of Skin Deep was planned. It included exhibits both domestically in Australia and internationally as well.

The film itself was a real labor of love, as one would expect of anything four-minutes long that took three years to shoot. Shot on state-of-the-art Phantom and Red Epic cameras, it includes locations like Fiji, Hawaii, the south and northwest coasts of Western Australia, and northern New South Wales.

“What began as a rather simple yet scary and exciting idea, has transformed into something far more cathartic, beautiful and challenging than I dreamed,” Palmateer said. “The process was incredibly empowering. By embracing my femininity it helped immensely with my self-esteem and self-acceptance.”

Skin Deep is available to rent on Vimeo. 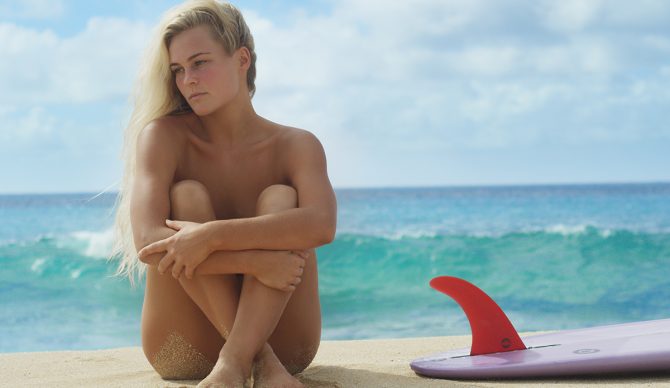 Felicity Palmateer – as vulnerable as one can be in her new art project, Skin Deep. Photo: Fetch Films