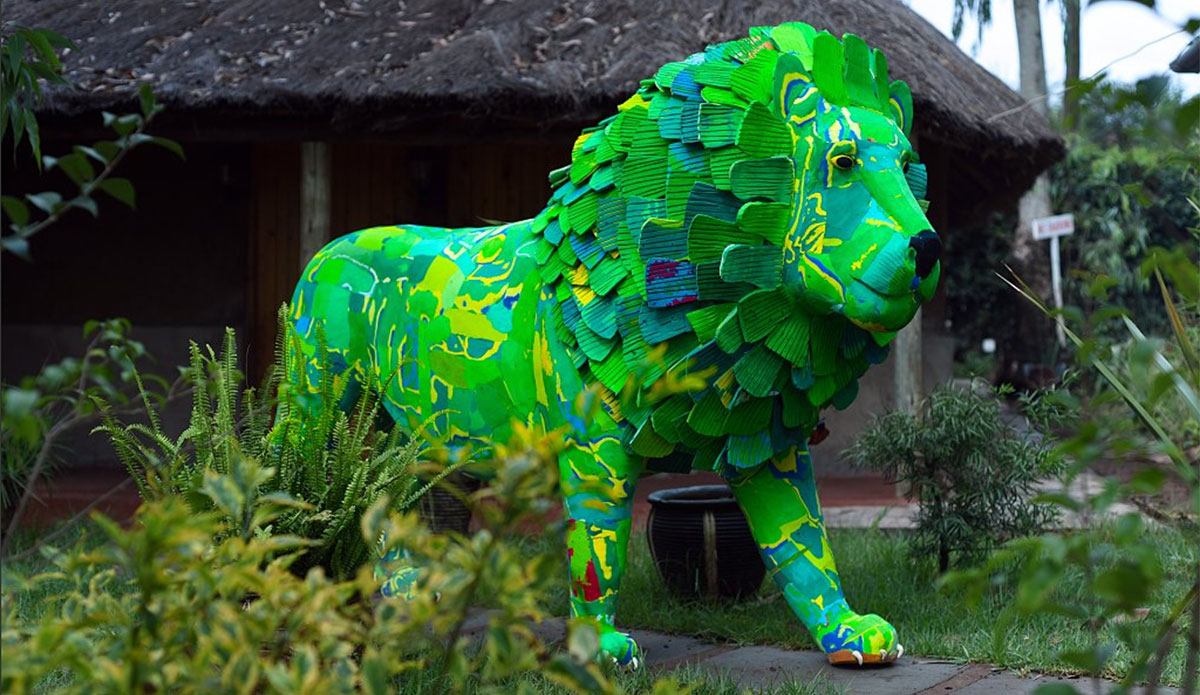 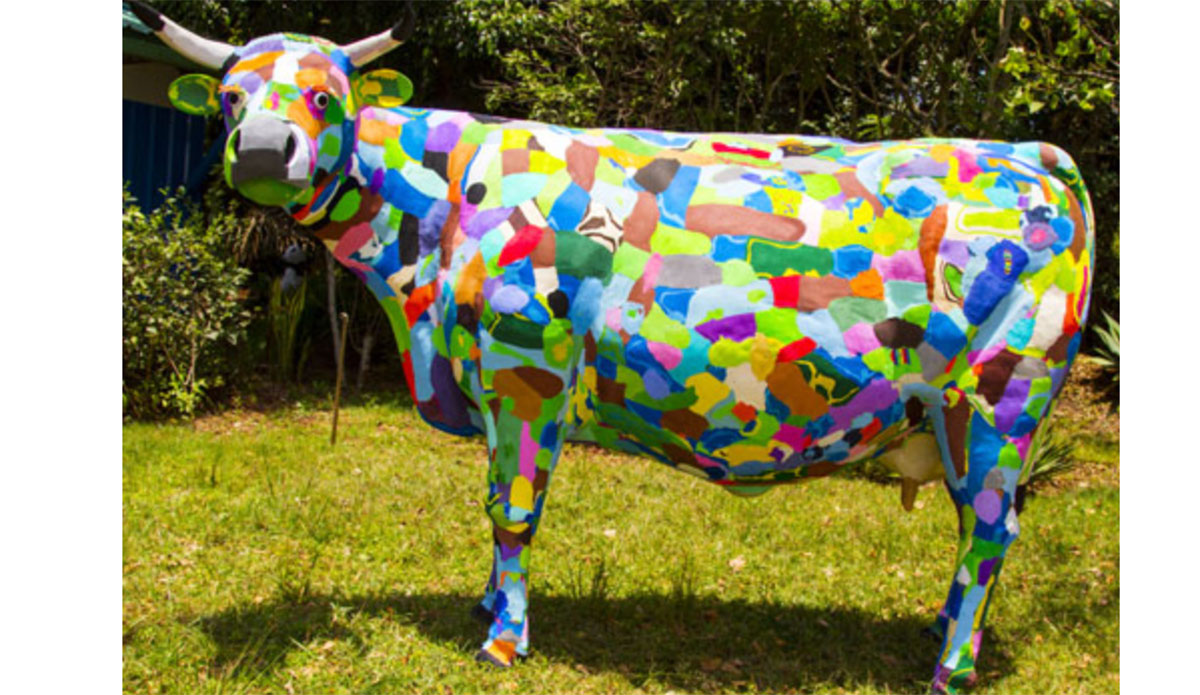 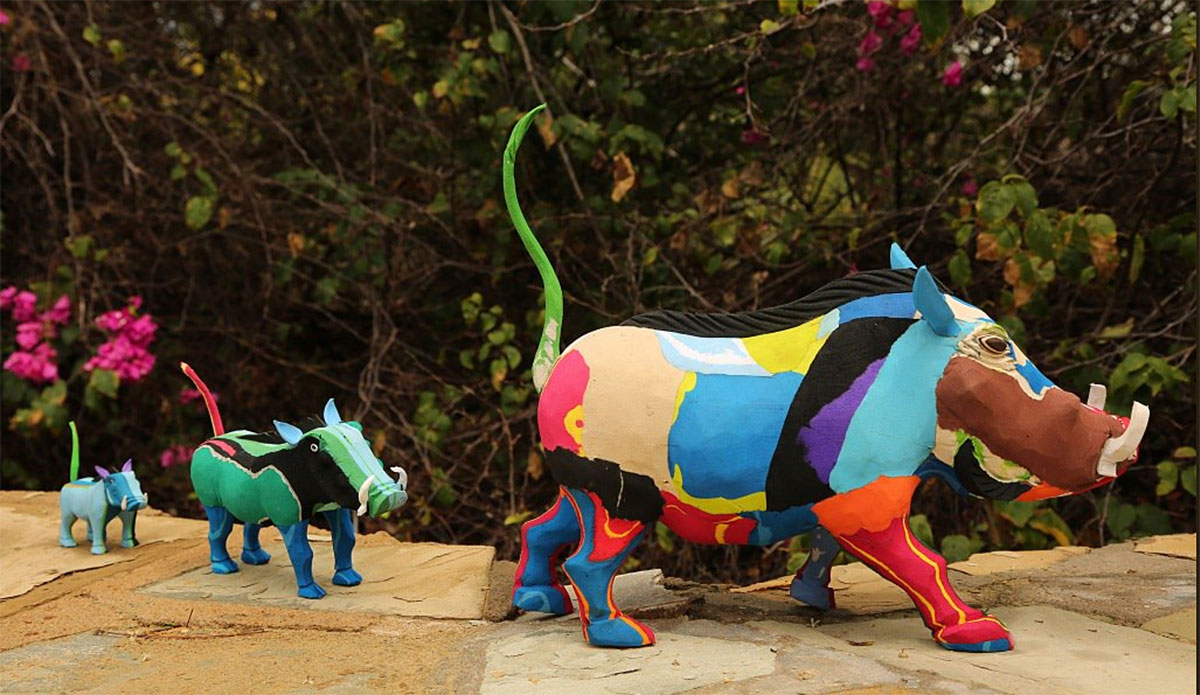 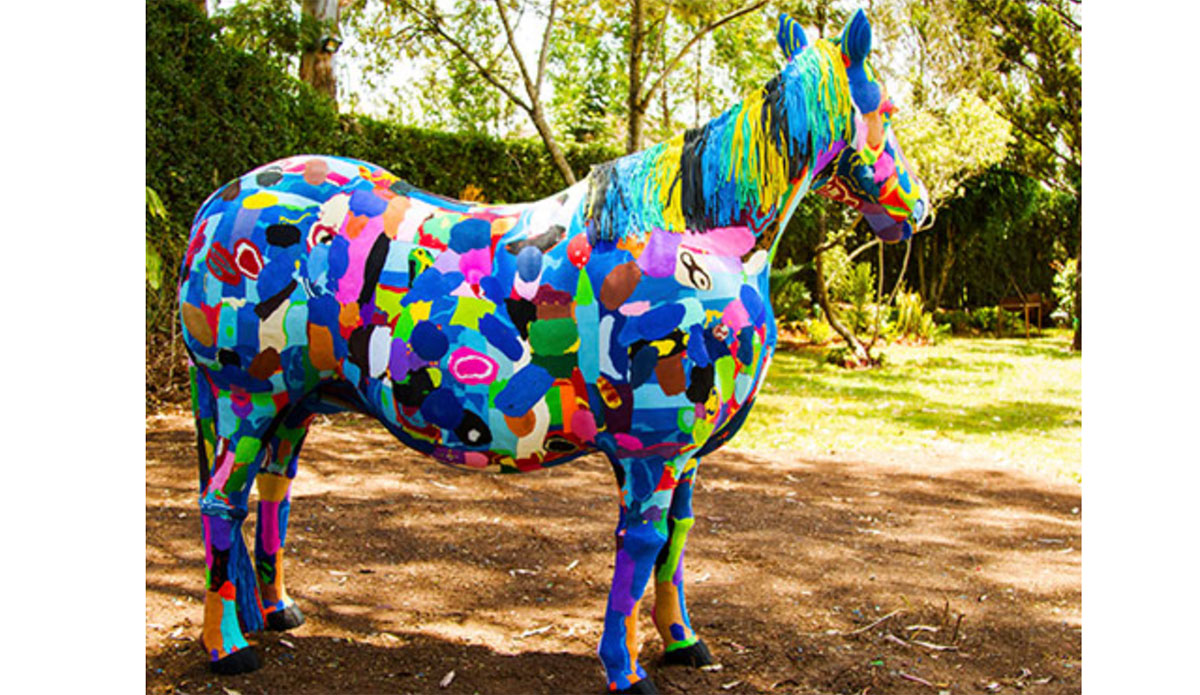 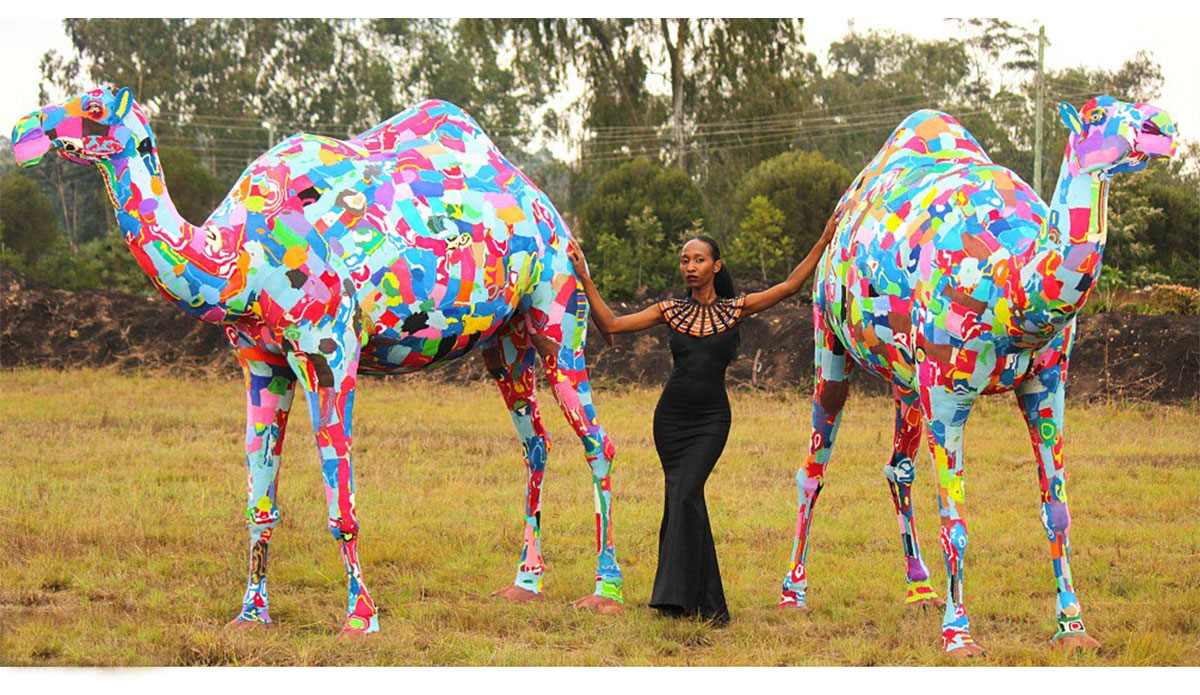 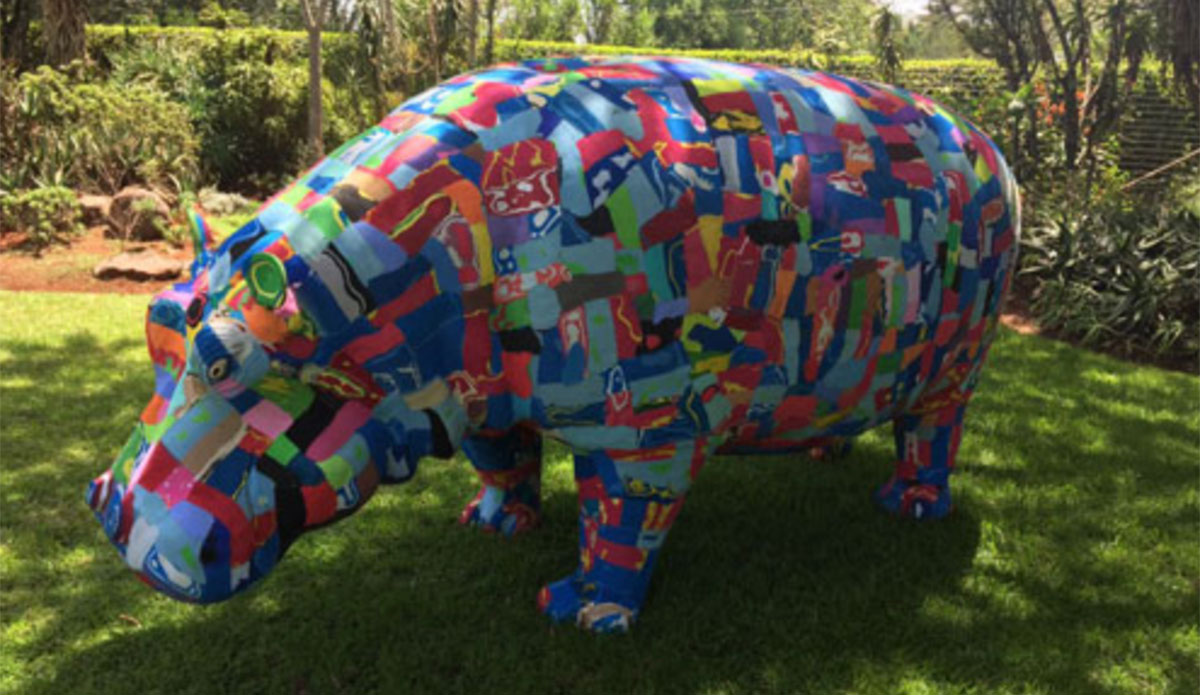 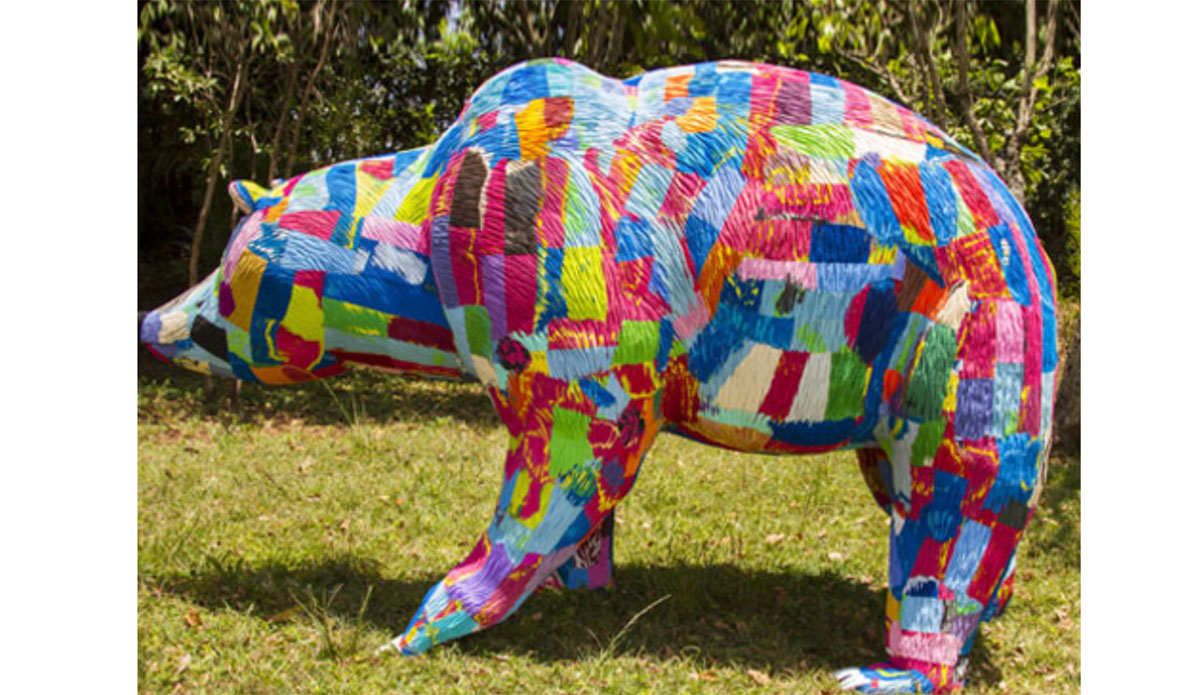 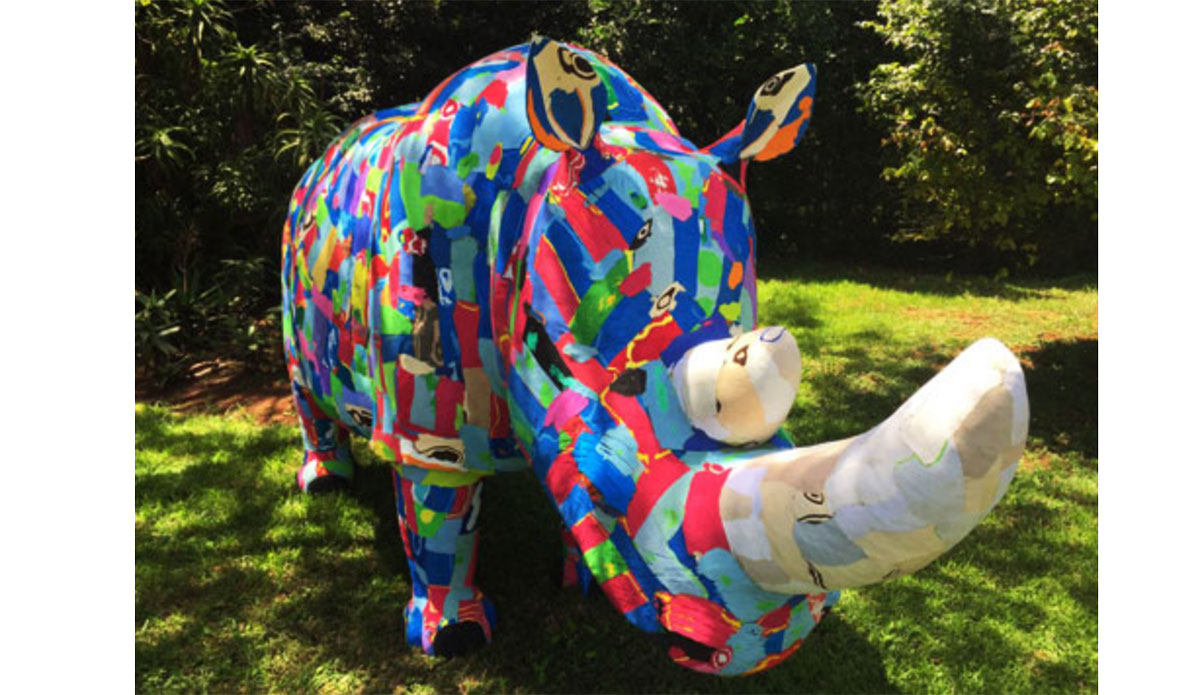 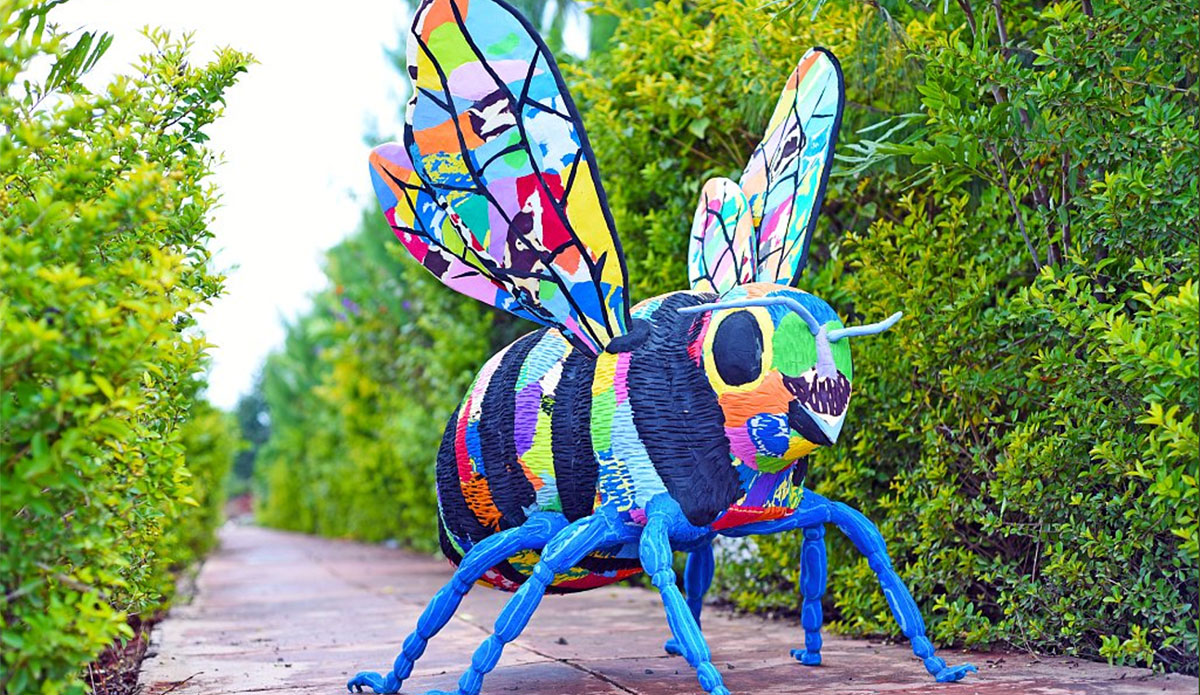 If you have been to a beach in your life—which, if you’re reading this website, you probably have—you have seen garbage. It washes up on all corners of a globe, a plastic pandemic of epic proportions. We haphazardly throw our plastics out the windows of our lives, strewing them along roadways, into ditches, and down drains. Plastic is everywhere in our lives, and each piece, from the keys on your keyboard to the bottle of juice in your fridge, will be around long after we’re gone. There are a variety of different outfits attempting to do something about it, but none of the results are quite as eye-catching as Ocean Sole’s, a Kenyan marine conservation group that collects thousands of discarded flip flops and turns them into incredible works of colorful art.

Ocean Sole was started in 1999 by Julie Church, a Kenyan biologist who noticed that children were making toys out of old sandals that washed up on beaches of Kiwayu, a tiny island in the Lamu Archipelago in Kenya’s Kiunga Marine National Reserve. There isn’t much on the island—one school, no hospital, and few jobs save for fishing. Church, however, saw an opportunity to create jobs and clean up the place in the process. She encouraged residents to collect, wash, and cut up old flip flops into works of art. One year later, Ocean Sole sold their first batch of artworks in Nairobi. Soon after, WWF Switzerland heard what Ocean Sole was doing and placed an order for 15,000 upcycled turtles.

By 2005, word was spreading. Their mission and their products were in stores in Rome, London, New York, Paris, Amsterdam, Singapore, and Australia, and the number of employees went from three to 50. Now, Ocean Sole has cleaned up well over 1,000 tons of flip flops and provides income to 150 Kenyans. It also contributes 10 percent of their revenue to marine conservation programs. It makes whales, turtles, manta rays, octopuses, and dolphins, among many other animals, as well as door stops, keychains, and jewelry, all from garbage.

Like they say, one man’s trash is another man’s treasure. Church asked a very simple question that we should all consider more often: “When someone says they’re throwing something away,” Church said back in 2014, “where is ‘away?'”