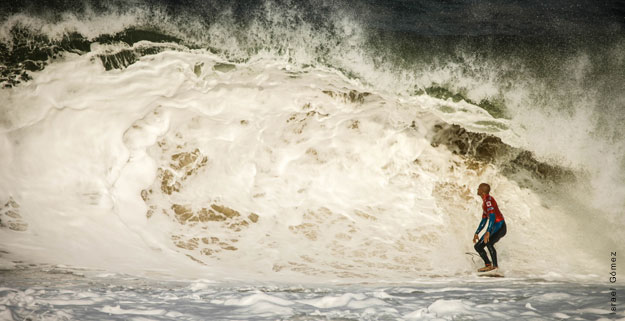 You know who’s going to win the Quiksilver Pro France? I do. You want me to tell you? I will.

But first, I’m going to tell you who’s not, because I need to hit a word count. Kelly Slater. God damn, I love the guy, but I don’t think this is his for the taking. I usually would, because let’s be honest: he’s the greatest competitive surfer of all time. How boring would it be if I told you that Slater was going to win the Quik Pro France? I can easily do that, and back it up with numbers and stats… but you don’t need me to. You know it. He’s simply not going to win this year because someone else is. That’s the only reason anyone can ever give for Slater NOT winning an event. He’s proven otherwise in every other scenario.

You know who else isn’t going to win? Kolohe Andino. He’s not over-hyped. He’s an insanely good surfer. I’ve heard people say he’s over coached – what’s that? You mean he’s been taught too much? He’s practiced too much? I don’t think that’s a bad thing. But he’s not going to win the Quik Pro France, no sir.  France, when it’s on, isn’t his wave. It’s full of big, sandy, terrifying death pits. Big black holes, full of grit and wine and naked French women and croissants and streets that smell vaguely of piss. What a beautiful country! He’s too young, and he should be hungover for his heats. He’s in France, after all. He should be smoking cigarettes and drinking wine in an alley all night. He won’t, but he should be. But it’s not his wave. Kolohe surfs exceptionally well on waves like Trestles – waves that are a little more predictable, not sandy, dark, dredging shit-kickers like at the Quik Pro. He’ll go and perform on them, but there’s always a bit of hesitation, just enough to keep him off the podium. And that’s fine, because he should be too hungover to be sprayed with champagne.

Then there’s the Brazilian contingent. They won’t win either. I’m not saying anything negative about Brazilians, because I’m terrified of the internet backlash. But they won’t win, because France isn’t theirs to win either. Yes, some can surf big waves, and yes, some can surf big barrels. Some can surf small waves better than almost anyone else in the world – but Hossegor’s immense (we hope), churning, unreadable, sandpaper-filled wave machine isn’t theirs.

You know who the Quik Pro France belongs to? John Florence. For one simple reason: He’s a f*cking GREAT surfer. Kelly’s the best competitive surfer in the world, but John Florence – and I’m not scared to say this – is the best surfer in the world. Those casual hand drags on flat-out monsters? Those little speed checks on waves most people would straight-line it out of? John John’s power game is Curren-like. His air game is so far above so many. Does this sound like hero-worship? Maybe. But he’s the best surfer in the world, so whatever. Call it what you want. That inimitable grace he carries himself on a surfboard with can only come from where he’s been: so pitted.

And it’s going to carry him to victory at the 2013 Quik Pro France. 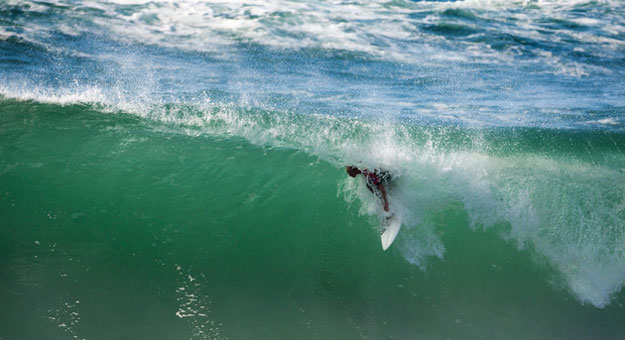 He made this. This is what I’m talking about. Photo: ASP/Cestari