BREAKING: The Titans of Mavericks Contest Will Run on Friday 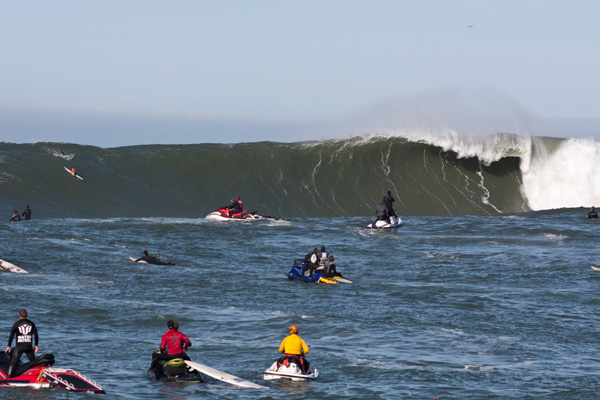 Here’s hoping Mavericks gets swell like this. Photo: Rusty Long

News has just broke that The Titans of Mavericks contest will run this Friday, Feb. 12 with an approaching WNW swell pushing 20 feet.

The announcement comes just a day after Quiksilver revealed that the Eddie Aikau Invitational will take place on Wednesday. With both of the contests running in the same week – the legendary Eddie and the new-kid-on-the-block Titans event – this is shaping up to be an historic week in big wave riding.

For some of the competitors, it will be a marathon of beatings, cross-Pacific flights, and hopefully, some amazing surfing. Guys like Mr. Dorian, Dave Wassel, Mark Healey, and Nathan Fletcher are scheduled to compete in the Eddie and the Titans competition. Talk about hellmen.

The event failed to run last year because the waves never came. But the year before that, with a solid WNW swell, Grant “Twiggy” Baker of South Africa took home the top honors and Shane Dorian placed second.

Making the call for the contest is a select group of Maverick’s legends, nicknamed the Committee 5. They include three-time contest winner Darryl “Flea” Virostko, Matt Ambrose, Shawn Rhodes, Ion Banner, and the first guy to ever surf the spot, Jeff Clark.

Some people might’ve thought the call to run it was risky, being that the Eddie will go just days before. But Mavs has been pumping, and if the swell is there, might as well go for it, right? An El Niño like this doesn’t come around all too often.

For full event coverage and the official call, click here.