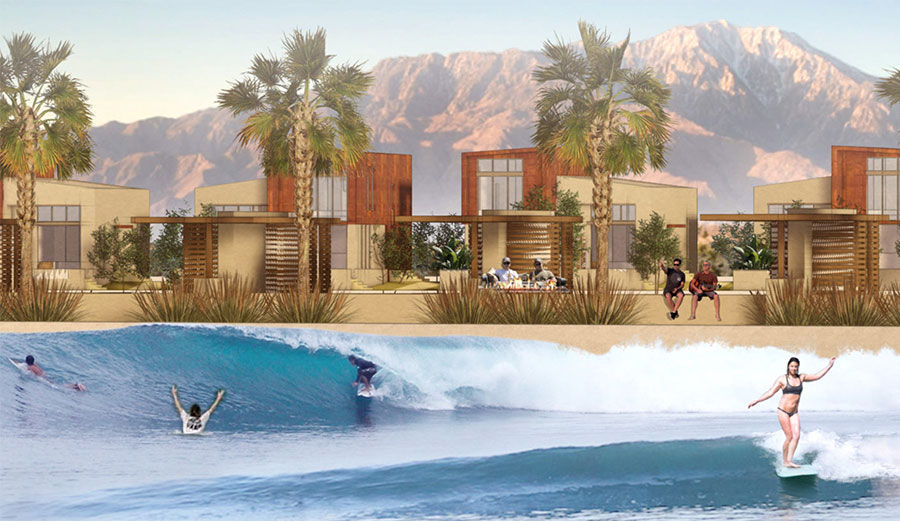 Wave pools are springing up like weeds, and the newest one is coming to Palm Desert, California. Similar in name to the vowel-less URBN Surf in Melbourne, Australia, DSRT Surf is using Wavegarden Cove technology. It’s not just a wave pool, though. The pool will just be one small part of a much larger development that will sit on 18 acres at the Desert Willow Golf Resort.

Alongside DSRT Surf will be two hotels and a handful of condos (or villas, as they’re calling them, because it rings better with the target market), restaurants, and a few retail stores. And, unlike the Surf Ranch, the public will be allowed to use it—presumably without remortgaging their house to do so. 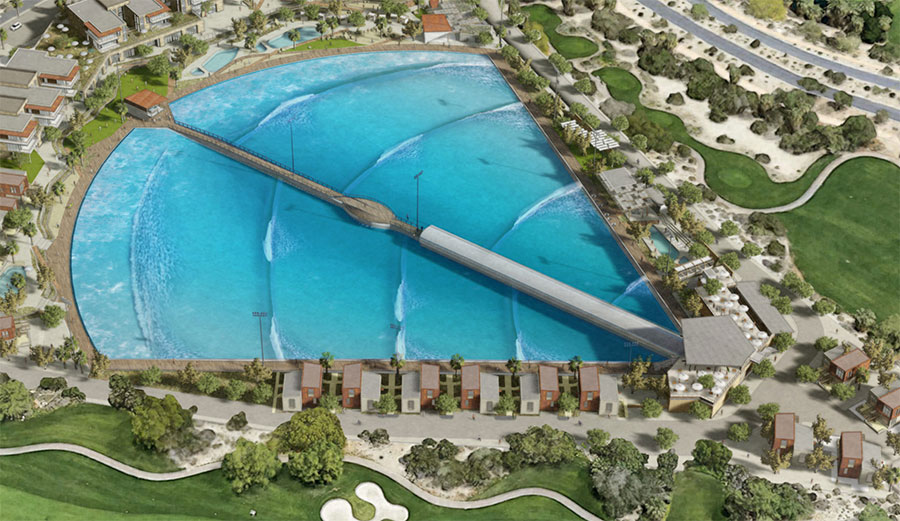 The pool will use Wavegarden’s Cove technology. Image: DSRT Surf

The whole thing comes from the brains of John Luff, president and founder of Surf Park Central, and Solana Beach ex-mayor/money manager Doug Sheres, the latter of whom has his fingers in all sort of helpful pies from real estate development to fundraising. Expected to cost somewhere around $200 million, crews are looking to break ground at the end of this year and open the doors to the public by 2021.

Wavegarden technology is quickly emerging as the front runner in the wave pool race. The Surf Ranch hasn’t materialized (yet?) as a place for the huddled masses, and NLand (which also used an older version of Wavegarden’s technology) was purchased by the WSL and might be the site of the next Surf Ranch.  The Yeppoon pool, while pleasing to the Mad Max fan, is currently working to fix a bunch of busted parts, and Greg Webber has been talking the talk but not walking the walk for a long time now.

The wave at the BSR Cable Park is powered by American Wave Machines and is also turning out to be a viable business model, but one thing seems clear: a wave by itself just ain’t worth the money to build. Using one as a part of the attraction, however, helps grease those rusty wheels, though, and with an enormous population of surfers living just a few hours away, DSRT Surf might just be the business model that becomes the norm. And hey, if you’re a pool hater, look at it this way: with any luck, surfable waves far from the ocean might just rein those crowds in a little.