Opinion: Maybe the WSL Needs to Revisit How It Doles Out Injury Wildcards 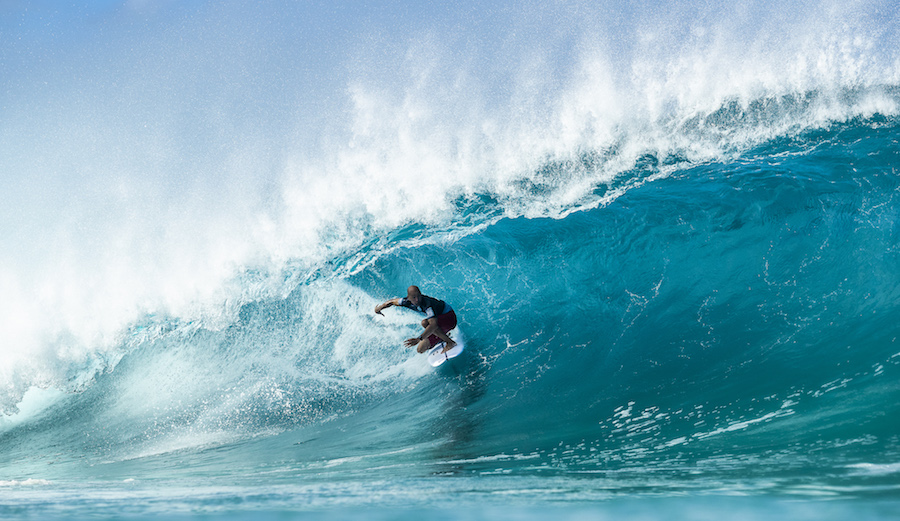 To fans, it might appear Kelly Slater used his 2018 injury wildcard to withdraw from events he didn’t want to surf. That he was awarded a wildcard in 2019 just doesn’t seem fair. Photo: WSL/ Cestari

Everyone saw it coming. Still, the World Surf League’s 2019 injury wildcard debacle has resulted in a firestorm of online commentary. It might be the most controversial season wildcard decision from the WSL since Rob Machado was voted off Tour.

You probably know by now that three surfers were in the running for the WSL’s two injury wildcard slots for  2019: John John Florence (buckled knee, Bali), Kelly Slater (folded hoof, J-Bay, 2017), and Caio Ibelli (broken foot, Margaret River). On Tuesday, the WSL announced it had awarded the slots to John John and Kelly.

All three were deemed to have severe injuries, said Kieren Perrow in a mass email.  So the WSL applied its “technical criteria” to solve the problem, which included number of titles, career results, prior rankings, and basically, well, Caio was out.

Obviously, Caio was none too pleased with the decision (along with a number of other surfers), especially since Kelly pulled out of Bali Protected due to injury, only to be caught on film surfing maxing Cloudbreak while Caio basically waited out his injury the way he was supposed to. Kelly’s stunt was reminiscent of his 2017 withdrawal from the Oi Rio Pro when he was then seen in the lineup at pumping Greenmount.

So maybe the WSL needs to re-evaluate?

By the “criteria,” there’s no arguing the League was forced to award Kelly the slot. His impact on the sport over the last few decades is immeasurable. His career results go without saying. He pioneered an artificial wave technology that’s now a tour stop, for God sakes. Plus, he attracts countless eyeballs – which is just good business (though not officially part of the evaluation criteria). And after an equal third at the Billabong Pipe Masters, it’s clear he’s still got what it takes to excel at events.

So let me be clear. I’m not saying Kelly Slater doesn’t belong on the CT. What I am saying is the WSL’s decision, in this case, may have inadvertently opened a door it can’t close – a controversy that could easily be remedied by evaluating athletes’ past use of wildcard slots when applicable. Or it might bite them later.

Consider this: in 2017, Kelly Slater surfed three events in a row, then pulled out of the Oi Rio Pro citing back problems. He surfed the next event, the Outerknown Fiji Pro, then J-Bay, during which he injured his foot and missed the rest of the year. He was given the injury wildcard in 2018 as a result.

While Kelly’s Rio withdrawal raised eyebrows (again, he was spotted surfing near-perfect Greenmount), it was his 2018 season that created a stir. He officially withdrew from the first few events while surfing in the Founders Cup in May, then he charged massive Cloudbreak, came back for J-Bay, then withdrew from Tahiti. He made the Surf Ranch Pro, then skipped the European leg, and, finally, surfed Pipe. From an outsider’s perspective, it would seem the bum hoof was a convenient excuse to skip events the 11-time-world-champ just didn’t want to surf. Kelly, of course, denies that saying he’s really had several foot injuries on the same foot in the past year.

Whether Kelly’s foot was actually giving him trouble mid-year or not is beyond the point. What his case illustrates is that any surfer, especially the winningest GOATiest surfer on tour, can sustain an injury and if they’ve been more successful than another injured surfer, they’ll get the nod.

Many have been quick to point out that Caio Ibelli hasn’t had the most success on tour, and that if he weren’t injured he may not have even re-qualified. Beyond the fact that he was Rookie of the Year in 2016, this isn’t about Caio Ibelli, and this isn’t about Kelly Slater.

Imagine for a minute if John John, Kelly Slater, and Gabriel Medina were all hoping to get wildcard slots for next year. According to the WSL’s logic, before Gab’s second world title he would’ve probably been axed. After it, John John could’ve gotten the boot. Is that a fair system? Especially if John John and Gabriel were putting in time and energy to recover in earnest? I’ll argue, no.

Fortunately for Caio Ibelli, the World Surf League made a concession for 2019 – he’ll be the first of three CT replacement surfers. “Not something we guarantee to a third applicant most seasons but [Caio] is deserving in this case,” said Perrow. It’s as close to an admission of guilt as we’ll likely get.

Admittedly, this year’s injury wildcard situation was an anomaly and unusually controversial. There’s a good chance it’ll be some time before something similar occurs that competitors and fans become so passionate about. But, what then? Will the lesson be learned or will the League cut a rising competitor short for another in favor of a competitive legacy, even when that surfer appears to use the injury system to their advantage? Yeah, it might be time to reevaluate.