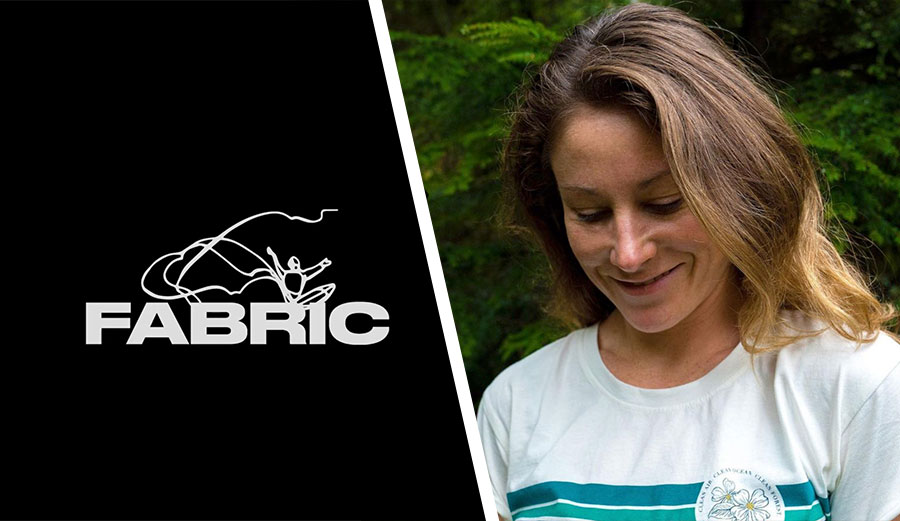 FABRIC has been Robin Van Gyn’s focus for nearly three years, and it’s finally out in the world. Photo (R): Instagram/Robin Van Gyn

For years now, Robin Van Gyn has been the gold standard for women’s freeride snowboarding. She’s been on countless covers, won countless awards, and been at the forefront of big mountain riding. And now, she’s moving into a new realm: documentary-style filmmaking.  Her new film series, FABRIC, has been years in the making — and it’s unlike anything in the snowboarding world.

In a little over a decade, Robin has proven she’s one of the best snowboarders in the world. She sits on multiple Transworld video awards. She landed a featuring role in Travis Rice’s Depth Perception. She guides at Baldface Lodge in the Selkirk Mountains outside of Nelson, British Columbia, and in 2021, she won the inaugural Natural Selection Tour. Even with all that under her belt, she wanted to push herself in a different way.

Robin worked with Justin Taylor Smith and Yulin Olliver to create FABRIC. It documents a group of athletes, artists, and activists across snowboarding, surfing, and skateboarding who’ve done more for their sport than simply participate. It’s a five-part series that tells the stories of people who used their platform to do something bigger, and it’s been a hell of a ride. Almost three years in the making, it’s been a passion project for Van Gyn. Each episode focuses on a specific theme — Knowledge, Adaptation, Activism, Heritage, and Community — and follows “a group of groundbreaking humans united by their connections to people, place, and pursuit.”

Unlike traditional action sports films, FABRIC takes a documentary-style approach. It does, however, still include world-class action footage and world-class athletes, but it’s focussed on more than just physical feats.

The idea for FABRIC came to Robin on an Indonesian surf trip a few years ago. “I was in the Mentawai Islands,” she told me. “I had seven days alone. In that time I had a lot of reflecting to do, because I didn’t have anybody to talk to. It started in a really basic place. I was kind of sick of doing these shred-porn films where it’s all high-intensity action and the best-of-the-best. I looked around and asked myself, ‘what do I think is cool? What am I inspired by in my daily life?'”

Robin realized that the people in her life were her inspiration. “I had this network of people around me who were doing amazing things across different sports, and I wanted to showcase them,” she explained. “Maybe it doesn’t have to be super-gnarly shredding or skateboarding or surfing. Let’s just feature them and their amazing stories.”

She separated it into themes, and from there looked at who is doing what and where they were doing it. The idea was big, which is why she decided to make it into a five-part series. “There was too much,” she said. “If we’d made it a feature film, it would have been like, five hours long. They’re each 22 minutes, but even then, it feels like we’re missing so many important parts. Every person involved could have had a whole documentary done on them specifically.”

Once she had the idea solidified in her head, she flew straight to Jackson Hole, then drove to Montana. She cornered a man named Justin Taylor Smith, who has worked on multiple film projects, perhaps most notably Travis Rice’s The Fourth Phase and Depth Perception. Robin explained the outline of the project she had in mind, and, in her words, told Smith, “we’re making this.”

Since Robin has been involved in so many film projects over the years, she had a basic understanding of how they work. But with FABRIC, she learned quickly that she’d bitten off something huge. “To be completely honest, I was way over my head from the get-go,” she laughed. “I had no idea what I was doing. I just kind of figured it out — I’m still figuring it out, actually — but it was one of those learn-as-you-go scenarios.”

Like many things in the last few years, though, getting the film made wasn’t easy. The Coronavirus threw a wrench in the production, but Robin knew it was something she had to finish. “We went from hero to zero in about three days,” she said. “It’s been a bit of a rollercoaster with COVID. We were fully funded and then lost it all. I just really didn’t want to give up on it. To go from a fully-funded project to literally zero dollars in three days… that was like, ‘oh my God.'”

With the same ability to find a new path to the top of the snowboarding world, Robin took a step back, reassessed, and figured out how to make it work. “It actually was a good time to recalibrate the project; to really look at what the purpose was and what we wanted out of it,” she remembered. “A lot of things happened in the world, and I don’t know… it just organically turned into what it was supposed to be.”

Like any major project that’s a labor of love, Robin is quick to acknowledge that she couldn’t have made FABRIC on her own. “All the folks involved, they trusted me,” she said. “I had really good resources. I had a lot of filmmaker friends of mine, and I knew people in music. I got folks involved to help, you know? I’d ask if they were connected with someone who could help in a certain area. I took input from them on how they wanted to show up and who they thought was rad. It was a collaborative effort.”

Now that the film is done and the announcements have been made, Robin is extraordinarily relieved — but also a little nervous. “It’s super scary. I haven’t slept in like three nights. I’m like, ‘oh my God, what are people going to think?’ It’s definitely a vulnerable place, because you’re really putting it out there. You’re wearing your heart on your sleeve, just hoping that people feel the same way I do.”

As the saying goes, anything easy isn’t worth doing. And after three years of work, Robin can step back and relax knowing that she poured her heart and soul into a project from start to finish. Now all that’s left is to watch people enjoy it.

“It wasn’t easy,” she laughed just before we hung up. “It was really really big. It was bigger than I thought it would be. But it’s going to be great.”

FABRIC’s world premiere is November 12 in Encinitas, Calif. and in Whistler on December 12. The first episode will be digitally released November 10, with subsequent episodes dropping every Wednesday after.