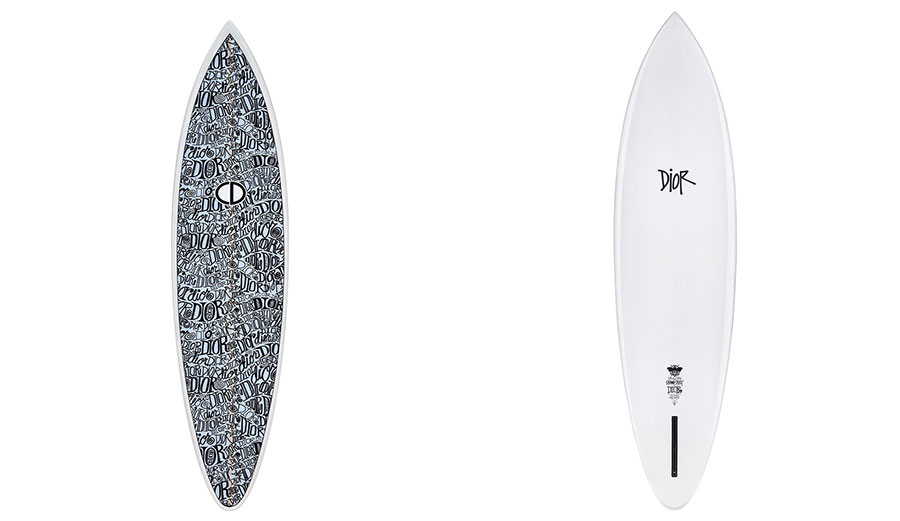 The Stussy/Dior collaboration surfboard. “You made this, Stussy? You made a big gun?” Image: Dior

Remember Stussy? Yeah, you do. Well, Stussy is in the high-fashion world, and his latest collaboration is a surfboard made hand-in-hand with Dior. It’s part of a beach capsule with hats, t-shirts, flip flops, towels, and yes, speedos. Shawn Stussy started the brand back in the mid-eighties. It started out as a surfboard company but quickly turned into a clothing brand. Stussy sold hats and shirts out of his car in Southern California, and before he knew it, he had clothes with his name scrawled on them in stores all over the planet. While it was mostly thought of as a surf/skate brand in the United States, in the outside world, Stussy was often found alongside clothing from high-end international designers.

Surfing is one of those things that is widely loved by everyone. Surfers love it because, first, it’s pretty much the best thing that anyone can possibly do. Some surfers love it because they feel like they’re part of some kind of secret, anarchist club. Sure, it’s a secret, anarchist club with millions of members and a massive organization in charge of the competitive part of it, but let’s just let them have their fantasy. Then there are the people who don’t surf but love the hazy shimmer that exists around the idea of surfing. They’re the ones in middle America wearing very large Billabong shorts from 2001 and a faded Quik hat at the rest stop beside that waving field of wheat. Generalization? Yes, definitely. But because it’s loved by everyone and because it has that hazy shimmer, it’s often the butt of a weird, fashion-related joke that the non-surfing world can’t really see. “Ha ha!” we laugh from inside our cozy little surfer bubble,  Instagrams laden with imagery of a “coupla fun ones from this morning,” and bars of wax shoved firmly up our noses. “Look at those kooks! They don’t surf!”

Shawn Stussy and Dior are the latest high-fashion brand to kick that fashionable little ball down the field. And just between you and I, the Dior/Stussy mashup isn’t about surfing. Well, not about the physical act of surfing, anyway — it’s about using surfing as an engine for something artistic, and that’s something that’s been done time-and-time again. The surfboard is part of a capsule of surf-inspired clothing line that includes a few pieces that you may or may not find hilarious. I certainly do, but the joke is on me, I suppose, because Dior and Stussy are doing a hell of a lot better — financially, at least — than I am. And these guys will not have a perpetually peeling nose and salt-filled, red eyes. 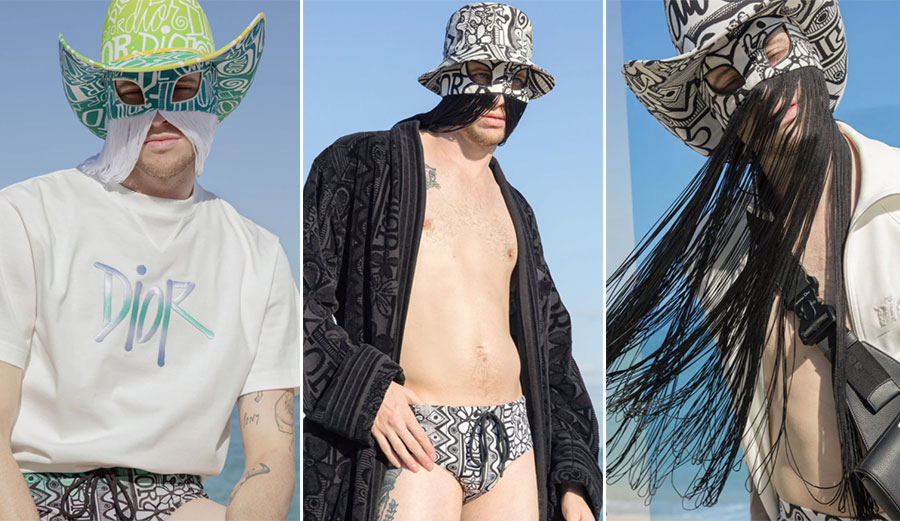 Stussy, as you probably know, used to surf. Maybe he still does, actually, but whatever the case may be, he’s got his design roots in the surfboard game. “Shawn Stussy is one of my great heroes,” said Dior artistic director Kim Jones. “He started out as a surfer, making his own boards and painted his name on them. It was quite natural for me to ask him to work together on the very first Dior surfboard.”

The surfboard is from Dior’s Fall 2020 men’s collection and appears to be a single fin gun. Word has it that the board will be limited to 100 editions, so much like the Tesla/…Lost collaboration, it’s likely that people are going to be willing to pay vast sums of money for it. They haven’t decided when the boards are going to be released just yet, but according to the Dior website (which doesn’t describe the dims) they come in a color palette of gray and ‘Ice Blue’ on a white base, with one side featuring the ‘Dior’ signature collage from the Fall 2020 men’s collection” and “each board takes 72 hours of handiwork to produce,” which, if I’m being honest, is a hell of a lot quicker than Joe Shaper in his backyard shed.