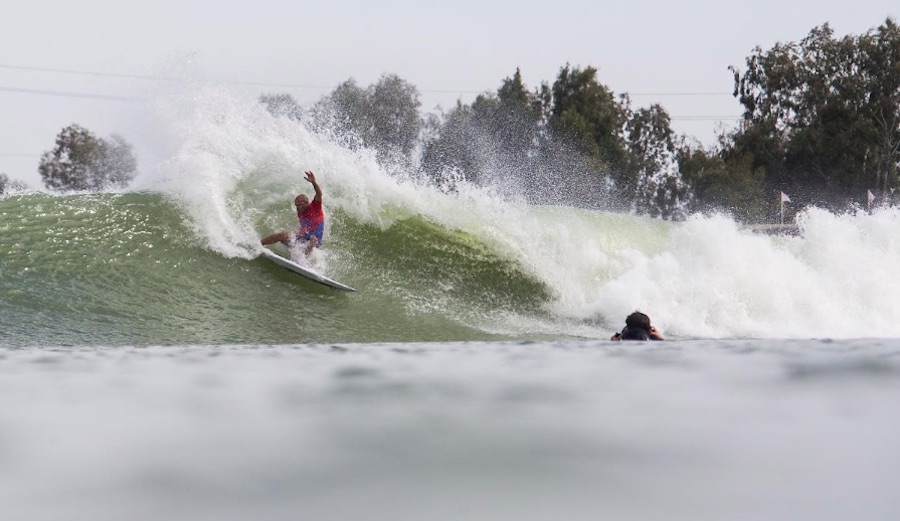 The WSL confirmed on Thursday it had scrapped plans to build a Surf Ranch in West Palm Beach County. Photo: WSL/Sean Rowland

The World Surf League has scrapped its plans to construct a Surf Ranch in West Palm Beach, Florida citing an “extremely high water table,” according to reports.

In a statement obtained by the Palm Beach Post, a WSL spokesperson explained the development project had fallen victim to “unforeseen challenges.”

“The WSL is disappointed to confirm our decision to cancel the development of the wave basin planned for West Palm Beach,” explained the League. “The nature of this site, including the extremely high water table, exposed unforeseen challenges that made the decision around this unique project clear. These projects are complex and in many ways without precedent, and we have learned important lessons in this process.”

The news confirms suspicions that arose last June when we reported the project had yet to break ground, even though initial plans were to begin construction in 2018 and open in 2019. That was eight months after Palm Beach County officials granted the World Surf League and Kelly Slater Wave Company a building permit.

Kelly Slater Wave Company has reportedly sunk $6.5 million into purchasing the parcel. The WSL’s announcement has rendered grandiose plans to attract 83,000 guests annually, serve as a training facility for WSL athletes, and host an annual event an impossibility. The League did not immediately respond to The Inertia‘s request for further comment.

What’s more, Surf Ranch Florida isn’t the first planned Kelly Slater Wave Co. facility that, last we checked, was conspicuously underdeveloped. In a February 2018 interview with Sports Business Daily, WSL CEO Sophie Goldschmidt explained, “We are trying to get a wave facility built in Tokyo in time [for the Olympics].” And yet, when Jamie Tierney visited the site outside of Tokyo just eight months later, it was basically “an empty field.”

In January, a WSL spokesperson confirmed the League had purchased land and assets belonging to NLand Surf Park just outside of Austin, Texas with the intent of supplanting Wavegarden’s artificial wave technology with Kelly Slater Wave Co.’s. “Additional information will be made available at the appropriate time,” the League said in January. The WSL did not respond to requests for comment on the Texas or Japan projects either.