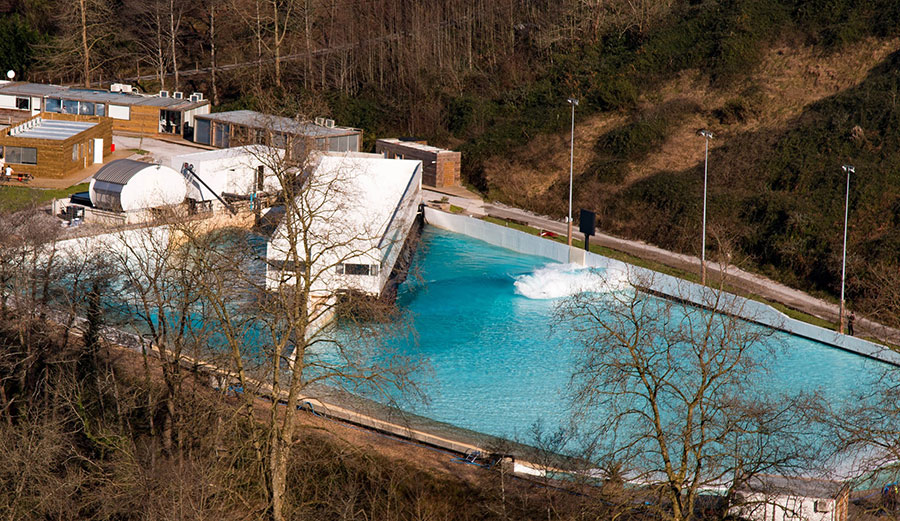 Wavegarden’s Cove technology, coming to a location near you. Photo: Wavegarden

Somewhere back in the sands of time, I did an interview with a man named Josema Odriozola. He was the technical director and co-founder of a little company that, after six years of secret development, had just unleashed a handful of pictures that heralded the dawn of a new age of surfing. That company, of course, was Wavegarden. Now, after a few years and a few giant leaps in technology, Wavegarden has inked a deal with an engineering and technology group that will put Wavegardens in every corner of the globe.

Wavegarden partnered with Sener, a powerhouse of a construction company with offices all over the world. Their operating income for 2017 was over $868 million, and they’ve got their fingers in a LOT of pies. Those pies include patents for satellite-based multimedia communication systems, crosswind protection systems for high-speed trains, noise reduction conduits for static components of aeronautical engines, a docking system for spacecraft, and a molten salt central receiver for solar power plants. They’ve built thermosolar power plants, the engines for European combat aircraft, a system for ship design and construction that’s been in use for half a century, and even treatment plants for sewage. Like I said, a lot of pies. And now, they’re dipping their toes in the warm waters of our little sport, pastime, or whatever it is we do.

The agreement between Wavegarden and Sener “established an agreement to construct and deliver turnkey Wavegarden surfing facilities throughout the world,” and according to the press release, “both companies are collaborating on a project in Seoul (Korea), as recently announced by Wavegarden, which will open in 2020, as well as in the engineering and technical support of many other projects under development in Spain, Switzerland, United Kingdom, Brazil, and Mexico.”

As is generally the case with emerging technology, there are quite a few horses in the race to bring surfing inland. There’s Kelly Slater’s wave, of course, and all the moving parts that the WSL buyout entails. Then there’s NLand, which, with the recent WSL purchase, will likely become a Surf Ranch. And we can’t forget about the Waco pool, with its much-lauded wave and the brain-eating amoeba. There’s the Mad Max pool in Yeppoon which hit a few snags, and there’s the never-before-seen-still-to-be-released Webber wave.

Of course, all of these companies would like to become the world’s premier wave manufacturer, but Wavegarden’s partnership with Sener puts them firmly in the pole position.

“We are at the beginning of a new business sector, that of artificial surfing lagoons, in which we aspire to consolidate our position as world leaders,” said Fernando Odriozola, Wavegarden’s Business Development Director. “The strategic alliance with Sener, with their proven professionalism in the execution of very complex industrial projects, allows us to offer our clients a turnkey solution that achieves the quality standards of the most demanding markets.”