Donald Trump Is Building a Mega Resort in One of Indonesia’s Last Virgin Forests; Environmentalists Are Freaked Out 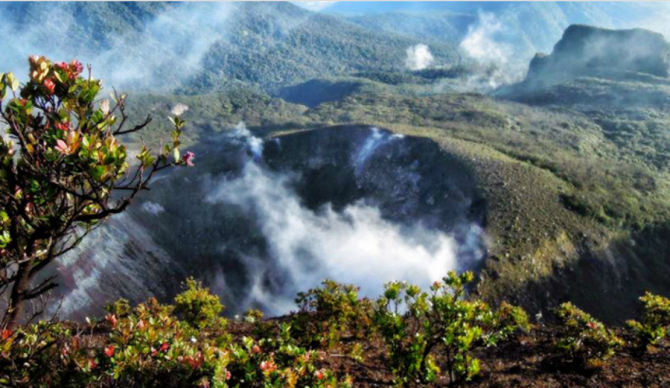 Trump’s planned resort in Java will be built in one of Indonesia’s last remaining virgin rainforests. Photo: Travel Web

If you’re looking to escape the name “Donald Trump,” lighting out to Indonesia is becoming a worse and worse option. The president is in the process of building two new resorts in Indonesia, one of which is a mega resort — that will feature a freaking “Disneyland-like” theme park. Construction has already begun on that resort, which will be built in one of Java’s last remaining virgin forests with virtually no environmental review.

The 11-square-mile property referred to as “Lido City,” adjacent to Gunung Gede Pangrango National Park, will despoil a swath of Java’s remaining 2 percent of untouched rainforest. For obvious reasons, environmentalists are freaking out.

The area is habitat for “more than 2,000 species of ferns, mosses and flowering plants and 250 species of birds,” including the endangered Javan leopard, Javan leaf monkey, Javan hawk-eagle and Javan silvery gibbon, according to the Associated Press. The resort will also require a network of roads connecting it to Jakarta, just a two-hour drive away.

Elan Juanda, an environmental activist who works with the neighboring parks, told reporters he’s “very pessimistic about forest conservation in this region when the project is built,” and that “it’s impossible that their project will not cause damage to the environment as well as changes in the behavior of animals.”

The valley where the development will be centered is also a water catchment area that’s crucial to the enormous population of nearby Jakarta. Hotels, shops and homes will be built alongside the theme park.

The second property that will bear Trump’s name is slated to be built overlooking Tanah Lot, a sacred temple a short drive from the popular surf spots of Canggu.