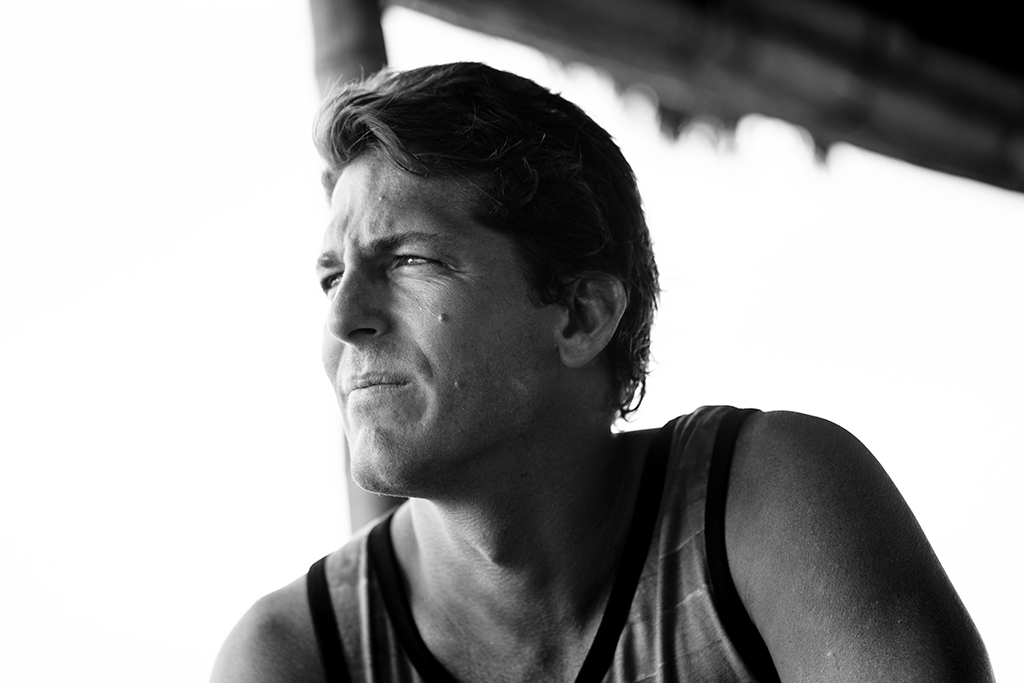 Our impressions are often shaped by environmental elements that are well outside our control – nurture over nature, as it were. For myself, Andy Irons being my favorite surfer of all time is equal parts who he was and what he did as well as where and when our lives intersected.

My earliest introduction to Andy was through the …lost films “On the Road with Spike”, “Lost at Sea” and “5’5″ x 19 1/4″” (as is true for all films of the …lost canon, “required” viewing for all surfers). The first poster I ever put up on the wall was from Bill Ballard’s “Revelation” film in 2000. The poster (and cover) featured AI lip-sliding in West Oz with style to burn. I don’t know how many hours I stared at that poster, but enough so that I believed unflinchingly that he was our generation’s torchbearer.

Kelly Slater, for all intents and purposes, was (and remains) God within the surfing world. I say that with no disrespect to religious individuals and with no intent to blaspheme, but there has never been anyone like him in any sport/field/career/discipline ever. He sat atop history’s zenith of performance and achievement ten years ago and has since bettered that benchmark in ways we could never have imagined. He is the closest thing to a living, breathing deity the sporting world will ever experience. Kelly Slater is something more. He’s been something more for generations of surfers, and I say this to frame what came next…

Andy Irons killed God…for three years (2002 – 2005). It was “awesome” in the truest sense of the word. It was unbelievable, it was inspiring and the import of it was not lost on anyone who was around to witness it, AI included. And for someone like myself that was, at the time, struggling to come to terms with the “establishment” in his own life (I was at university at the time), the experience was profoundly impacting.

In a world of apathetic athletes, where losing while trying is perceived as far worse than not trying at all, AI gave a shit. He cared. He was there to win, and he was unapologetic about it. He called his shots, and when it didn’t work out, you felt it and when it did, you really felt it. The man wore his heart on his sleeve and he pushed himself, his colleagues and the sport to heights that had never before been reached. He burned bright.

Go online and look for footage of Andy surfing in any context (free surf, competition, barrels, airs, power, ad infinitum) and you’ll see that his performances hold up by today’s standards and will for years to come. It is a blend of power and progression that has never been replicated. It has, however, transformed the performances of surfers inside and outside competition forever.

I could go on for pages about the honor it was to witness him perform live when I came to work for the ASP. He will forever remain untouchable at places like Tahiti where he made the world’s best look average. He was incredibly kind and generous and made time for every fan that approached him. He always seemed genuinely surprised that people around the world looked up to him and was always gracious for their support. He was the people’s champ, in every sense of the word.

I don’t have any more insight than you do as to what happens next in the Andy Irons saga. I do, however, hope that the real story of Andy gets written at some point. That story, spots and all, will be more incredible and inspiring than whatever myths and whispers we’ve created about him since his passing. It will be something that we can all look at with clear eyes and hearts and say, “I’m proud to have been around on this planet while he was.”

He remains missed by family, friends, colleagues and fans and will be forever.

He was a lion. I’m privileged to have known him.