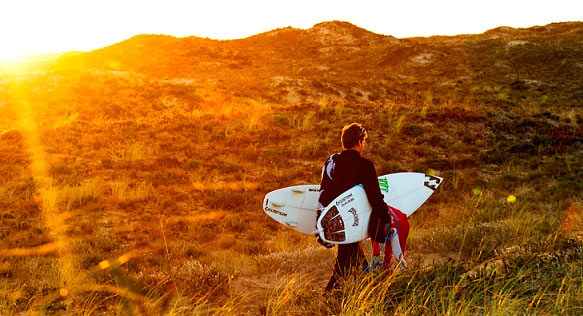 Never again will we receive phone calls informing us that our heroes were found dead in Dallas hotel rooms. Not if we can actually do anything about it. Photo: ASP

I remember the day Andy Irons died very clearly. It was Election Day, 2010. I planned to get a session in that grey morning at Cardiff, but I was running late to a lunch meeting with former SURFER Editor Steve Barilotti at Lotus Café in Encinitas, so no dice. After we caught each other up on our respective projects, I drove back to La Jolla when Barlo called and told me: “I just got word that Andy Irons died this morning. You should look into it.”

Shocked, I asked one question: “How did he die?”

I never imagined that answering that question would prove so torturously challenging and transformative.

I had started The Inertia a few months earlier in September 2010, and I did so with a few objectives in mind. The first of which was to create a platform where talented folks in surfing could speak honestly and respectfully about a range of issues – from innocuous boat trips in Indo to more nuanced, contentious topics like drug use, misogyny, and racism. (The censorship of an article addressing the latter topic is really what started it all, if you were curious.) Point is: all these things, for better or worse, are part of surf culture – and most cultures. And very quickly, it became apparent that addressing Andy’s passing represented a Gordian knot of dysfunction, hurt, and sensitivity.

First, there was grief, pain, and measured respect for loss. Next, there was a desire for truth and understanding – a desire that effectively polarized our culture, and, in my mind, solidified the identities and general attitudes of the major players in our space. Established surf media made no earnest attempt to peel back the skin of arguably the most significant event in surfing’s history, brand press releases offered more misdirection than useful knowledge, and most individuals who could have shed light into the actual events that caused his passing chose not to participate in the conversation. The latter is a personal choice that I can respect. We are all irrevocably entitled to choose how we share our knowledge and opinions, especially when it comes to the legacies of those close to us.

However, the idea that earnestly pursuing truth is a salacious and/or blasphemous activity is utter, complete bullshit. It still angers me three years later that anyone could so boldly champion a perspective that obscures the truth. That’s life. That’s meaning. Real meaning. It’s not some faux-Warhol haircut with a lit cigarette, ripped jeans, and red-wine-and-Ginsberg-howl-reference that proves how fucking cool we, surfers, are. We get it! You read On the Road. Congratu-fucking-lations! That kodachrome blend of aspirational, meaningless angst, passed off as thought leadership – disgusts me. And honestly, I’d respect it, if it weren’t so pretentious in its will to passionately stand for nothing, under the guise of youth…or worse, cool.

Instead, before us, was a precious opportunity to pay respect to a fallen hero while learning why and how something so beautiful could go so terribly wrong – to attempt to create something constructive from something horrific by being honest and compassionate. The most challenging of human tasks. Brad Melekian did an impressive job with his report in Outside Magazine. Ted Endo made a valiant effort in The Inertia’s early days. But three years later, I look back and wonder, what exactly has changed?

But a little can mean a lot.

For one, the ASP is buttoning up. It’s reforming, and it’s calling on athletes to be held accountable for their decisions by making drug testing policies transparent. In August, the ISA stripped surfer Mark Richardson of a gold medal for testing positive for marijuana. The ISA asserts that it has been testing for years, but I guarantee these public gestures were catalyzed by one thing and one thing only: the death of Andy Irons.

There’s also a subtle macro-shift in the public’s willingness to engage difficult issues. That’s a function of communities like Facebook and Instragram becoming so pervasive that our skeletons all but disappear. Far be it for the Arab Spring or Julian Assange’s online activity to influence trends in surf media, but the curiosity that social communication harnesses is powerful. Now, we’re entitled to information. We don’t request it.

In that vein, it’s also hard, very hard, to maintain disparate identities, even (and especially) for celebrities. And when we try, it becomes painfully obvious when we’re masking our true intentions. The underlying motivation for each and every Instagram and Facebook post is clear as day, and it becomes blindingly apparent how insecure and monstrously misguided we all can be. Especially in cases where we’re navigating serious problems.

As a result, I think the public’s willingness to identify and sympathize with real troubles is at an all-time high. No more hiding behind the X-Pro II filter. Show me who you really are. We will support you. Because, thank God, you’re being honest. And that macro-shift in human desire for meaningful communication has begun to affect a culture as insular as surfing. Yup, surfing. Even we, now, want honesty.

Which is why just this week, World Champion Tom Carroll admitted his lifetime battle with meth addiction to Sixty Minutes. It’s also why Josh Pomer made Westsiders, which unveiled the Santa Cruz scene’s struggle with drug use and violence. And I can see the pain in every pro surfer on Tour’s face whenever Andy’s name surfaces in an interview. This week, Surfline organized an amazing roundtable discussion between Kelly Slater, Mick Fanning, CJ Hobgood, and Joel Parkinson. The second topic of conversation was Andy Irons. Everyone was brimming with platitudes with regard to his competitive fire and brash personality. Lost reminiscing. But I felt a gap as I watched. A silence I think everyone seemed to want to address. It was never breached, and the conversation moved on, but to me, and I think to them, it felt incomplete. No one really moved on.

And it’s these subtle differences that the passing of Andy Irons has invoked in surf culture today, three years later. We want to be held accountable. We want to be vulnerable, even if it’s embarrassing. We want these things, because we’ve realized that professional surfing is a dream, and it’s one best preserved through honesty – and not its opposite. Never again will our legends leave us too soon. Never again will we receive phone calls informing us that our heroes were found dead in Dallas hotel rooms. Not if we can actually do anything about it, which is certainly debatable, but we might as well try. We’ll keep them healthy by keeping each other honest and daring to dig deeper. Daring to understand that we’re all flesh and blood. That way they’ll be around to help their kids grow up. Break records. Blow minds. Fuck Kerouac. I can’t think of anything cooler than that.