Longboard, Mid-Length, Thruster, Twin: Why You Should Surf On Any Damn Surfboard You Want 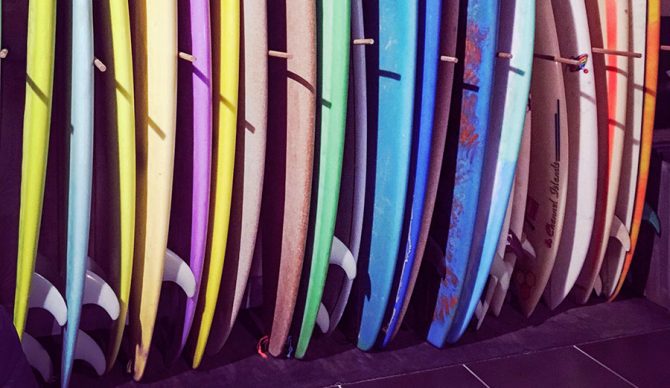 Don’t listen to anyone who tells you you shouldn’t ride a certain kind of surfboard. Ever. Photo: Alexandre Capt//Unsplash

You know what I’m tired of? People telling other people what surfboard they should or shouldn’t ride. You want to ride a giant boat of a longboard? Have at it. You want to ride a little shred of a shortboard? Go right ahead. A mid-length? You do you. An eight-foot Wavestorm you bought at Costco (or here) this morning? Yeah, do it. Because you know what? What you’re riding does not affect what I am riding in any way, shape or form. What affects us is people who surf like assholes, not what those assholes are surfing on.

I, for instance, like to surf on a variety of surfboards. I’m not particularly good at any one of them, but I like to switch it up. Small, gutless runners? Sure, I’ll longboard. Shoulder to chest and a little slopey? I’ll surf a mid-length or something short and fat, thank you very much. Overhead and firing? Shortboard or a mid-length, depending on my paddle strength, which is directly correlated to the festivities that occurred the previous night.

I like to do such a thing because I’m not getting paid to surf and fun is the end goal for me. A professional surfer, however, puts food on his table and a roof over his head because he’s extraordinarily good at riding a certain type of surfboard. If I was a person who surfed very large waves at Jaws, I would definitely have a gun and a tow board in my quiver. If I were Joel Tudor, well, I’d ride what Joel Tudor rides.

But you, my friend? You likely are surfing for one reason and one reason only: because surfing is the best thing in the world. There is nothing quite as fun on this pale blue dot, not sex nor gluttony, not travel nor sleep. But surfing, for some reason or another, is full of gate keepers.

You know the ones: they hate another person because of their surfboard. “Fucking longboarder kook,” they say, scowling towards the horizon. “Fucking mid-length hipster. Dumb sweeper. Dumb foiler.” They are not having fun, not at all. They are doing the opposite of what they should be doing.

Oh, I get the reasoning, sometimes — longboarders are prone to getting set waves from way out the back, foilers are prone to cutting people’s faces off, mid-lengthers are prone to beards and wearing un-buttoned plaid shirts in the lineup — but one must remember that not all of any one group can be lumped together as having the exact same values across the board. I mean, they technically CAN, but you only need to look at religion to see how that works out.