The Rip Curl WSL Finals: a World Champion Will Be Crowned Today 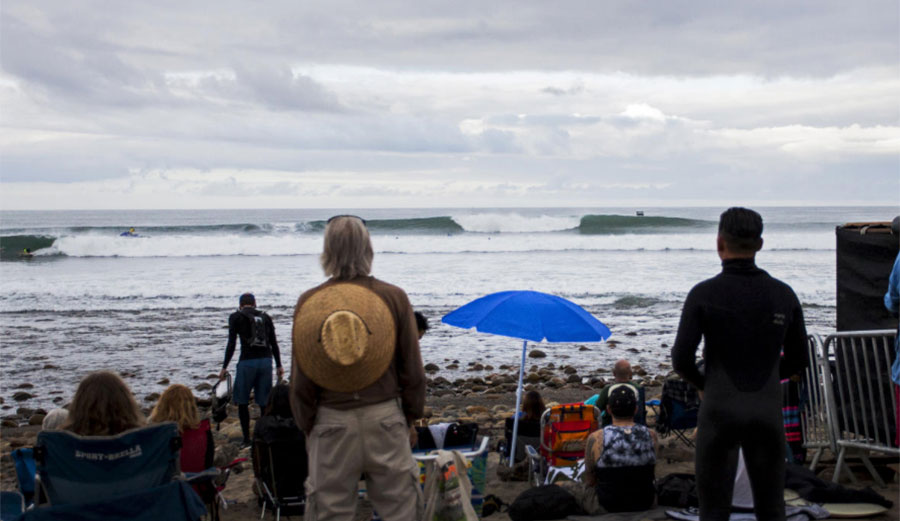 Back in July of 2020, a time that feels as though it was decades ago, the World Surf League announced that they were introducing a shake up of megaquake proportions. The way the world title had been decided for so many years was going to change, and change drastically. Well, today is that day. Today is surfing’s first Super Bowl. The one day, winner-take-all race for a world title. After a thick fog blanketed the beach and held off an early start on Monday, the WSL Finals are officially on.

By now, you likely know how it all works. You might think it’s great and you might not. If it was any other year, Gabriel Medina would likely have claimed his third world title, so he feels as though it’s not exactly fair. But it is not any other year. Medina, who sits nearly 12,000 points ahead of the rest of the so-called Final 5, will eventually surf a best of three final heat against who fights their way through the rest of the pack to get to him. It is undoubtedly more exciting to watch, if only because it introduces the possibility (slight possibility, IMHO) that Medina could lose. It’s entirely possible that Morgan Cibilic, the rookie who emerged from the mists this year, could face off against him at a wave he’s never competed at — and maybe, just maybe, end up winning a world title in his rookie freaking year. Can you imagine? Stephanie Gilmore did it back in 2007, and considering the fact that she banged off four more each year after, it might be a good indicator of some serious dominance.

Stephanie Gilmore is looking down the barrel at an eighth world title, which would catapult her past Layne Beachley as the female surfer with the most titles. Carissa Moore has, however, been dominating the field in such a way that it feels unlikely anyone — even Gilmore — can surpass her. “It will be a helluva battle for Gilmore to accomplish that on Finals Day because it would require her going wire to wire, matching up against World #5 Johanne Defay in the first heat of the day, then needing to best Sally Fitzgibbons, and Tatiana Weston-Webb next,” wrote Juan Hernandez. “The only heat Gilmore could afford to lose wouldn’t come until facing off against the current top-ranked Carissa Moore in a best of three matchup.”

And like I said, today is the day. A strong, long period SSW swell is running into Lowers. It might be a little too big, but time will tell. Whatever the case may be, Trestles is going to be very good all week long. According to the forecast, by the afternoon, it should be 6-10 feet at Lowers. “A strong, long period SSW swell should fill in further – likely not much bigger than late Monday, but consistency should improve with the peak of the swell and long period energy of the next SSW/S swell will be building in,” forecasters explained. “Light/variable wind in the early morning trending light onshore SW for the mid to late morning and builds from the SW 4-7kts for the afternoon. Wind drops back off by the evening.”

By the end of the day, two new world champions will be crowned, and I for one can’t wait to see who they are.