Behind the Lens of a Stunning Global Travel Flick, Told from the Perspective of a Child 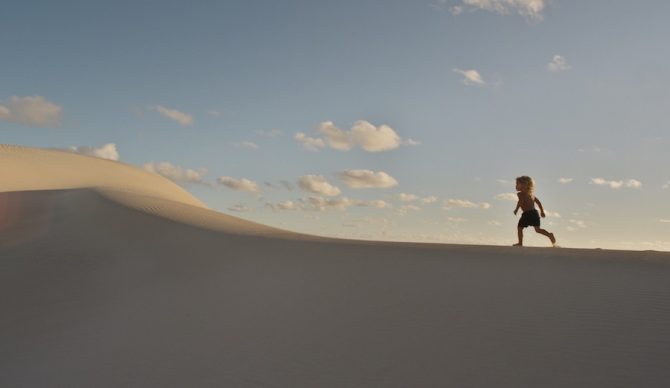 Given is a film about the global exploits of the Goodwin family told from the perspective of their child. Photo: Given Film

Kids tell it like it is. No bullshit. There’s an innocence to that. And yet, few times do we as adults take the opportunity to explore the perspective of children earnestly. While they constantly soak up the world around them, they can just as easily reflect life back upon us, point out its absurdity, and perhaps teach us something about ourselves.

Director Jess Bianchi’s debut film, Given, follows an unorthodox family, the Goodwins (made up of Aamion, Daize, and their kids Given and True), on a journey around the world in unadulterated technicolor. And in equally unorthodox fashion, the eyes through which we experience this journey as viewers belong to the family’s eldest son, Given, a child.

To learn more about the impetus for the film, and additional insight, we caught up with Bianchi. Below is an abbreviated version of our conversation:

Tell me a little bit about how you met the Goodwin family, and how you saw a story in their lives.

I knew Aamion growing up. He was actually the first guy I met when I moved to Kauai when I was six years old. We learned to surf together, but he was kind of like everybody’s big brother. And then I moved away when I was 17. And I hadn’t talked to him for like 15 years. And by the time I came back to Kauai to reconnect I had gone into commercial stuff in San Francisco and I hadn’t returned to Kauai for a while. So while I was back in Kauai I bumped into [Aamion and Daize]. Then I met Given and the family. And it was like nothing had changed. We paddled out at Nepali, talked a lot. I told him what I’d been up to – working in advertising and commercials – and I really wanted to do something more than just being at another ad agency. So I said, “Hey let me know if you ever want to do a project.” And then I went back to San Francisco, and a couple days later he called me and said, “Hey, what do you think about traveling around the world with my family.” And I was so ready to just do something different in my life at that time that I said, “Yeah let’s do it.” And I didn’t really understand the logistics of it. One thing led to another and three months later we were traveling the world making the movie. 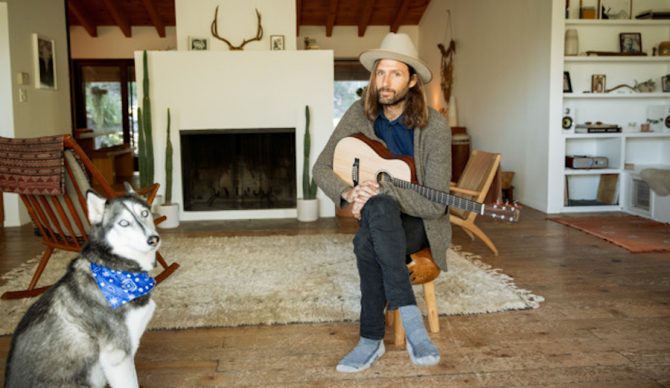 Bianchi at his home in Los Angeles. Photo: Jess Bianchi

So what was the genesis of the trip around the world in the first place?

So, the whole premise of the film is inspired by Aamion’s story and his life. Aamion Goodwin, when he was a kid, his father kind of ran away from modern day society and the constraints of the 9-to-5 lifestyle and they traveled around the world, but only going to Fiji and New Zealand, really. But they navigated between New Zealand, Fiji, and Hawaii. And they would kind of just go with the seasons and keep traveling when things got sticky or whatever. And they just lived a very vagabond lifestyle. When they were in New Zealand they lived on a fruit orchard and surfed and had this really humble lifestyle. And it was just really inspiring because I had such an opposite upbringing. My upbringing was just I went to normal school and worked a normal job, and just didn’t have that push to be more natural, so I was really inspired by that. And the fact that he wanted to carry that message onto his son, and not just his son but his family, was really inspiring. 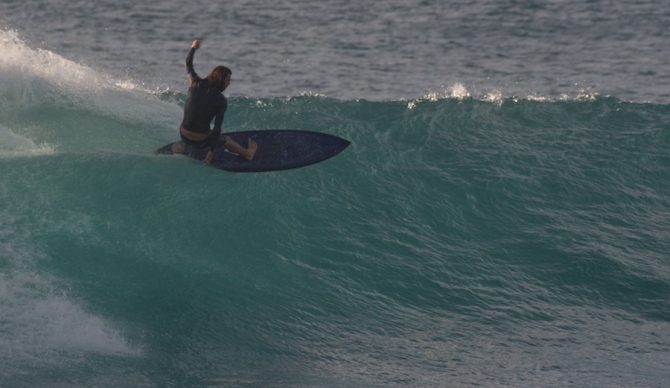 Aamion rips into one somewhere along their journey. Photo: Given Film

Yeah, there seems to be so much our society can learn from the Goodwins.

Yeah, I think our modern day society we continually move in a direction even though it might not be the right direction. And not saying the Goodwins are the way to be or that we should all start living like them. But I think they do help us see that there is a different way to live. And for me, I felt like if I only had seen this family as a kid, I would have been inspired to live that way.

The movie kind of glorifies things a little bit. They have their own issues like anybody else. We all have issues. But it focuses more on the positive attributes. And I think that’s the power of seeing it through the eyes of Given. He’s not focused on all of that. He’s just amazed at where they are.

So did making Given the lens through which viewers experience all this happen naturally?

Yeah, I mean the story was always like what you pass on to your son. Given didn’t really want to be making a movie. But he kind of warmed up to us over the year that we traveled. And then I ended up buying a small quarter acre, they have a full acre of land on Kauai, and I bought a small slice off them and built a cottage on it. And then, so since I was on their property hanging out, Given would come over almost every day. And I was editing and recording and then he just came over and I was like, “Hey can I interview you?” And just within a five minute conversation together, it just felt real, and not pretentious, and just kind of magical.

Totally. So if you had to summarize what you hope people will get out of the film, how would you characterize it?

Well, I’ll start by saying that I’m a first time filmmaker. But I do hope the film will inspire people to break from whatever, like, block they have in their life, whether it’s a family that wants to travel the world, or maybe it’s just a block in their smaller circle. But just to get out of their ordinary life that’s obviously not working for them, and just see that there’s a whole different life they could be living.

Aamion’s father taught him that at a young age. And that’s it, to just trust. And to slow yourself down. That quickly became the mantra while making the movie: “Slow yourself down and you’ll see so much more.” You know, take a walk, and pay attention to little things.

Check out the website to find a screening near you. The film will also be available on February 28 at www.giventhemovie.com/shop and all platforms in March.