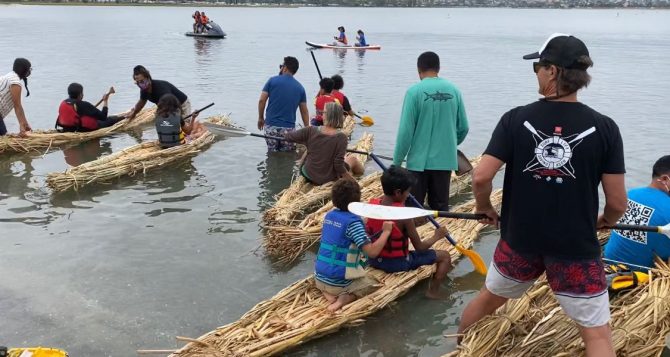 On the morning of Sunday, September 26, more than 70 members of  Kumeyaay tribal nations and various community members gathered at Crown Point Park on San Diego’s Mission Bay for a traditional tule boat launch. Organized by Dr. Stan Rodriguez of Kumeyaay Community College in partnership with Jon Muir College at UC San Diego, the event was a powerful reminder of the indigenous roots of ocean culture in California. 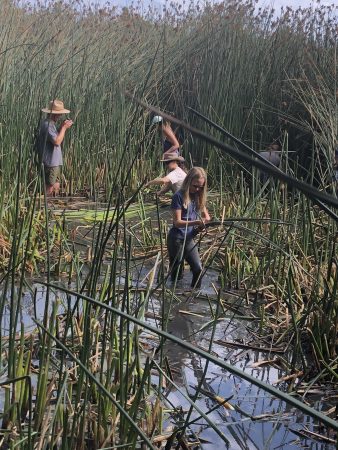 Centuries before surfers rode waves at places like Malibu, Palos Verdes, and San Onofre, Native Californians were paddling tule craft and hardwood canoes on ocean, lakes, and rivers. In San Diego County there’s been a movement of tribal communities, most of whom were forcibly removed from coastal ancestral homes, back to the ocean through cultural and marine education programs. The tule boat launch included youth from the La Posta Boys and Girls Club of the Kumeyaay Nation as well as students and faculty from UCSD who were vividly reminded of the simplicity, brilliance, and sustainability of hand-harvested and hand-shaped tule watercraft.

With the assistance of students from UC San Diego, tule reeds were collected from Mission Trails Regional Park and then dried and assembled together with twine and hemp rope. On the beach, gunnels were assembled and into boats from piles of collected tule, which provided an introduction to the art and practice of shaping tule watercraft.

Finally, as Dr. Rodriguez gave the countdown in Kumeyaay, 21 boats were launched into the calm waters of Mission Bay adjacent to the wetlands of Kendall-Frost Marsh Reserve. These ancient crafts paddled remarkably well and illustrated how Native Americans most likely surfed the coast and waterways of the Californias long before the Spanish arrived. 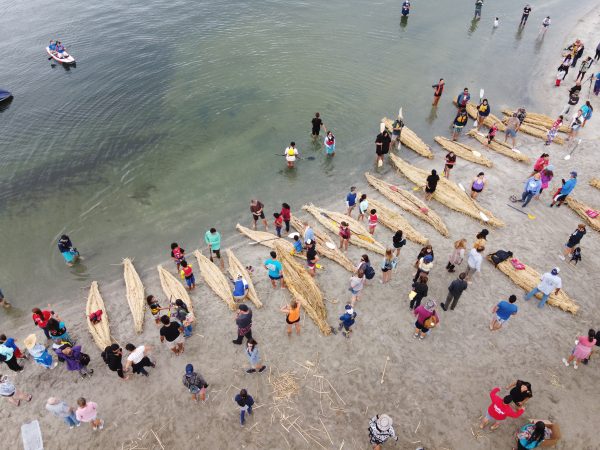