Report: The First Surf Ranch Outside of the U.S. Will Be on Australia’s Sunshine Coast 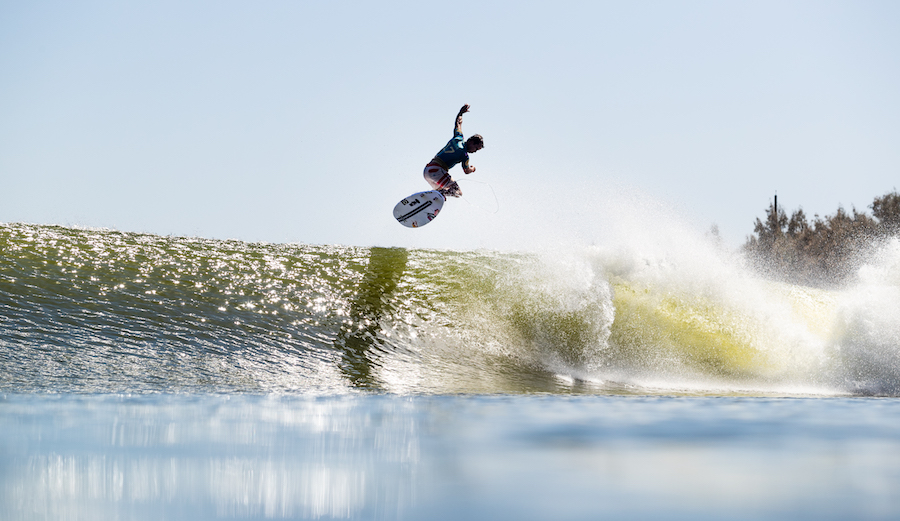 Coolum Beach native Julian Wilson demonstrates what’s possible at Surf Ranch. According to reports, his home town will be the site of the first Surf Ranch outside of the U.S. Photo: Cestari/WSL

The town of Coolum on Australia’s Sunshine Coast is slated to house the first Surf Ranch facility outside of the United States in a project valued at 100 million Australian dollars (over USD $67 million), according to reports. Local news outlets say the place will be a “sporting and tourism facility,” though there’s no specific mention if the pool will be open to the public to surf.

For a while now, we’ve heard of Kelly Slater Wave Company’s and the World Surf League’s collective ambitions to spread the Surf Ranch product far and wide – dropping the perfect wave with the greatest surfer of all time’s name on it in inland locales across the globe.

In a February 2018 interview with Sports Business Daily, WSL CEO Sophie Goldschmidt was absolutely bullish about the proliferation of Kelly Slater Wave Company tech. “We’re just rolling those out at the moment… we’re planning to build one in Tokyo, in Australia, in Brazil, in France – and that’s just stage one,” she said.

To date, many of those efforts haven’t materialized. For instance, efforts to construct a Surf Ranch outside of Tokyo in time for the Olympics have so far proven unsuccessful. And in May the WSL and KSWC shelved plans for their Palm Beach County pool after it was revealed last summer that after overcoming the necessary legal hurdles, the project hadn’t broken ground.

The WSL purchased the now closed NLand Surf Park in Austin, Texas back in January with plans to put in their proprietary tech, but so far the League hasn’t released any additional information on that effort. And now this: a move to put in a pool in the seaside town of Coolum just south of the well-groomed righthand pointbreaks of Noosa Heads and within striking distance of the Gold Coast a few hours south.

So, why the Sunshine Coast?

WSL General Manager Andrew Stark told Australian Leisure Management magazine that in Lemoore, frigid temps during the wintertime mean they can only keep the Surf Ranch open half the year.

“We picked the Sunshine Coast because of the temperatures year-round and the DNA of the area,” he said. “We love that [it’s] very environmentally conscious, that’s what we are, and it fits with the Surf Ranch philosophy.”

The move could also be part of the WSL’s continued effort to hold an Olympic event in a KSWC facility. It’s no secret that two of the planned locations Goldschmidt revealed in her 2018 interview (Tokyo and France) will be the sites of the 2020 and 2024 Olympics respectively. As previously stated, plans for a pool outside of Tokyo have since fizzled, and earlier this year a Paris 2024 official revealed the surfing event in the 2024 Games will not occur in a wave pool either. As we know, the WSL already has a pool in Lemoore which could serve as a venue for the 2028 Games in Los Angeles. But, it appears the WSL could be doubling down here as the Sunshine Coast, Brisbane, and the Gold Coast are looking to make a bid to host the 2032 Games.

Stark said that above all the project aims to generate sustainable growth for the coast.

“It means creating a green environment for the community, delivering high-value eco-tourism and attracting more visitors to the region,” he said.